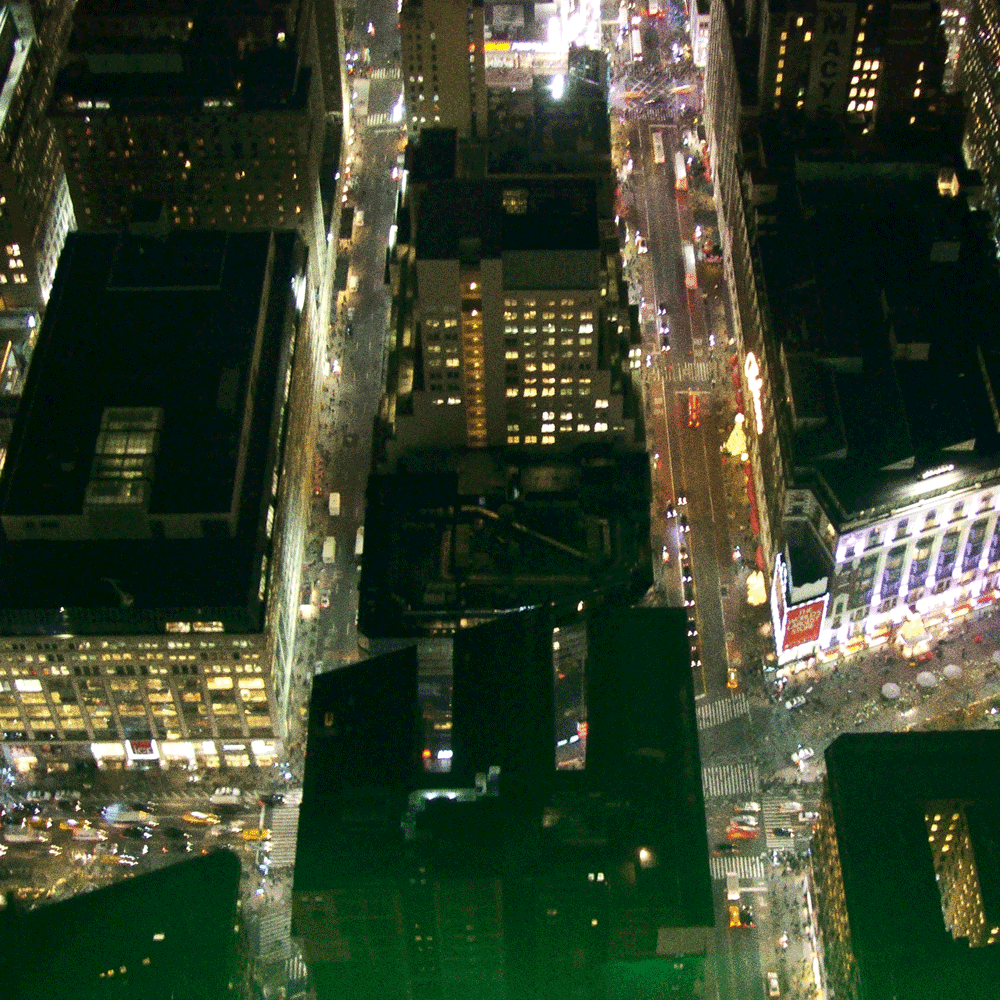 GET YOUR COAT, WE’RE LEAVING.

When I first arrived in New York City, it felt to me like a big, busy place. That’s because it is. You know what they say about New York being the city that never sleeps? Turns out it’s true. I mean, this much should be obvious to anyone who has seen movies, but what’s weird about New York — and I guess America in general — is that everything really is bigger compared to somewhere like the UK, which is where I’m from. Food? Bigger. Cars? Bigger. People? Nah, just kidding.

But you don’t really realise how busy, messy and hectic New York City really is until you get there. The buildings are tall. The traffic is angry. The streets of New York are wide — wider than any streets I had ever seen up until that point — and populated with trash, manhole covers, those orange construction work barriers and steam1. Lots of steam.

Another strange thing about visiting New York is that you grow up basically seeing America on screen, so then when you actually get to go and see it in real life, it feels rather …unreal. Like a dream. It feels like you know this place (because you’ve been here before in literally hundreds of movies and shows) and yet here it is in real life. But it’s a rather odd feeling.

Nevertheless, watching shows and movies is what really gave me a lot of insight about New York City; shows like How I Met Your Mother, which I have watched extensively and on repeat, was probably the reason why when flying into JFK airport and given those immigration forms to fill in on the plane I was the only one in our group who knew that we had to write “Manhattan” under “borough” for the address of the hostel we would be staying in. You know, because New York City has five boroughs? It’s okay, let’s get to them later.
‍
I guess right about now is when I share some useful travel information.

In Manhattan, they have a road system which is actually kind of clever and can be used quite effectively to navigate around.

There are basically three types of roads: Streets, Avenues and Broadway. Streets run from east to west and the higher the street number, the further north. So 145th Street is much further up than 36th Street, for instance. Avenues run north to south, and the higher the avenue number the further west. In Manhattan, it starts with 1st and goes up to 11th with the Avenues. Now, Broadway is actually just one road that cuts through Manhattan — yes, this is the same Broadway with all the theatres — and makes some interesting shapes with where it intersects with everything. For example, where Broadway intersects with 7th Avenue and W 45th Street, it creates these two kind-of-triangular areas that face each other — otherwise known as Times Square.

A lot of Manhattan is split up that way. When in New York, you often hear people say things like “upper east side” and “lower Manhattan”. The “up” and “down” — often referred to as “uptown” and “downtown” — in Manhattan is what people say to talk about “north” and “south”, basically.

Oh, I should probably also mention that not all roads are numbered in New York City. You do, of course, have named roads like the famous Wall Street, which is in the southernmost part of Manhattan.

So you can use all of this combined to see Manhattan as one giant grid where you can use the Streets and Avenues to know exactly where you are. You know like how in movies they always say things like “I’m at the corner of 20th Street and 6th Avenue”? Now, in a city like London or Jakarta, that wouldn’t make much sense. But in New York City, it’s enough for anyone who’s familiar with the layout of the city to pinpoint exactly where you are. Or if you’re trying to walk to a store that’s on 100th Street and you’re currently on 91st Street, you’ll know that it’s only nine streets away (or nine blocks, as they say), uptown. You’d start walking and if the next street you saw was 92nd Street, you would know you were going in the right direction.

I’ve talked a lot about Manhattan so far, but of course there are other parts of New York City that I (unfortunately) didn’t actually get to visit and so I’m not entirely sure how they fit in with this whole street-navigational system. But if you do go to Brooklyn, Queens, The Bronx or Staten Island, (yes, these are those other boroughs we talked about earlier) be sure to write in and let me know how it went?

Time for the slides. Could someone get the lights, please?

1 New York City has a steam heating system and is one of the few places in the world to have one. 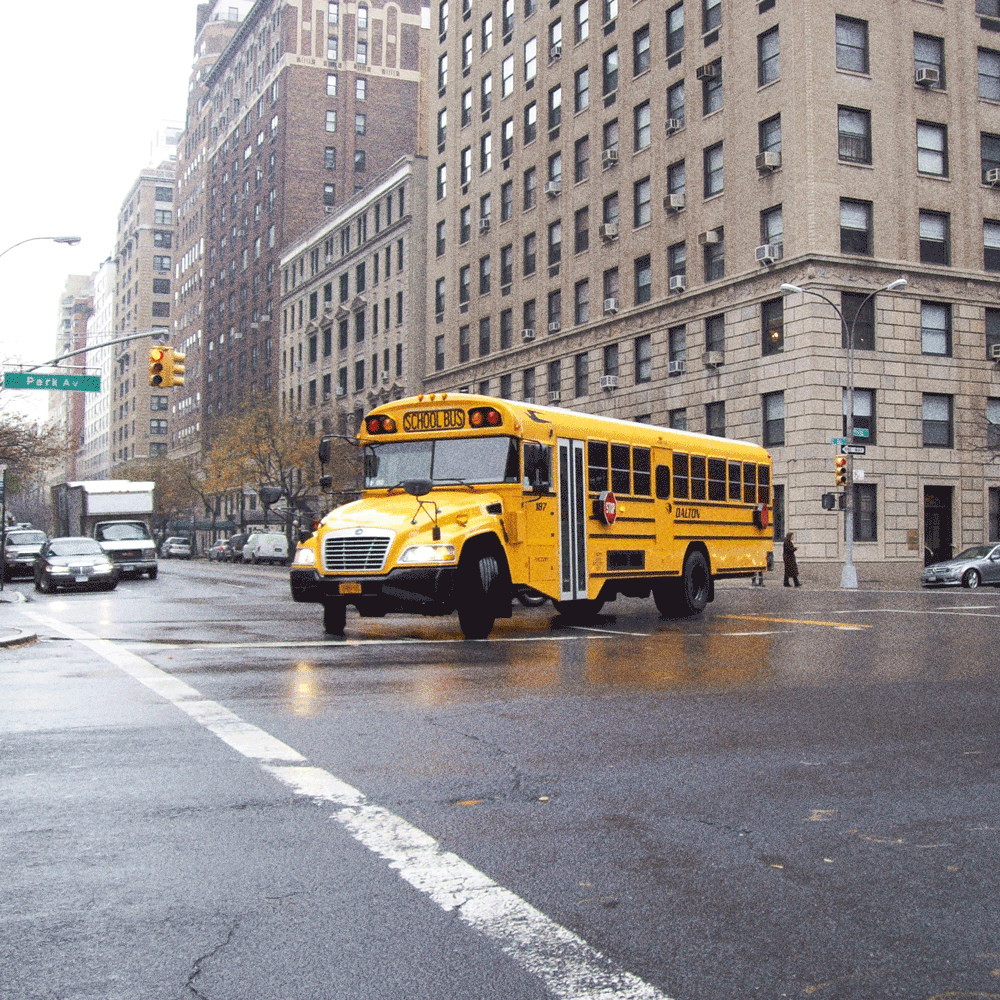 I was so happy when I saw this. For some reason I thought buses like this only existed in movies. 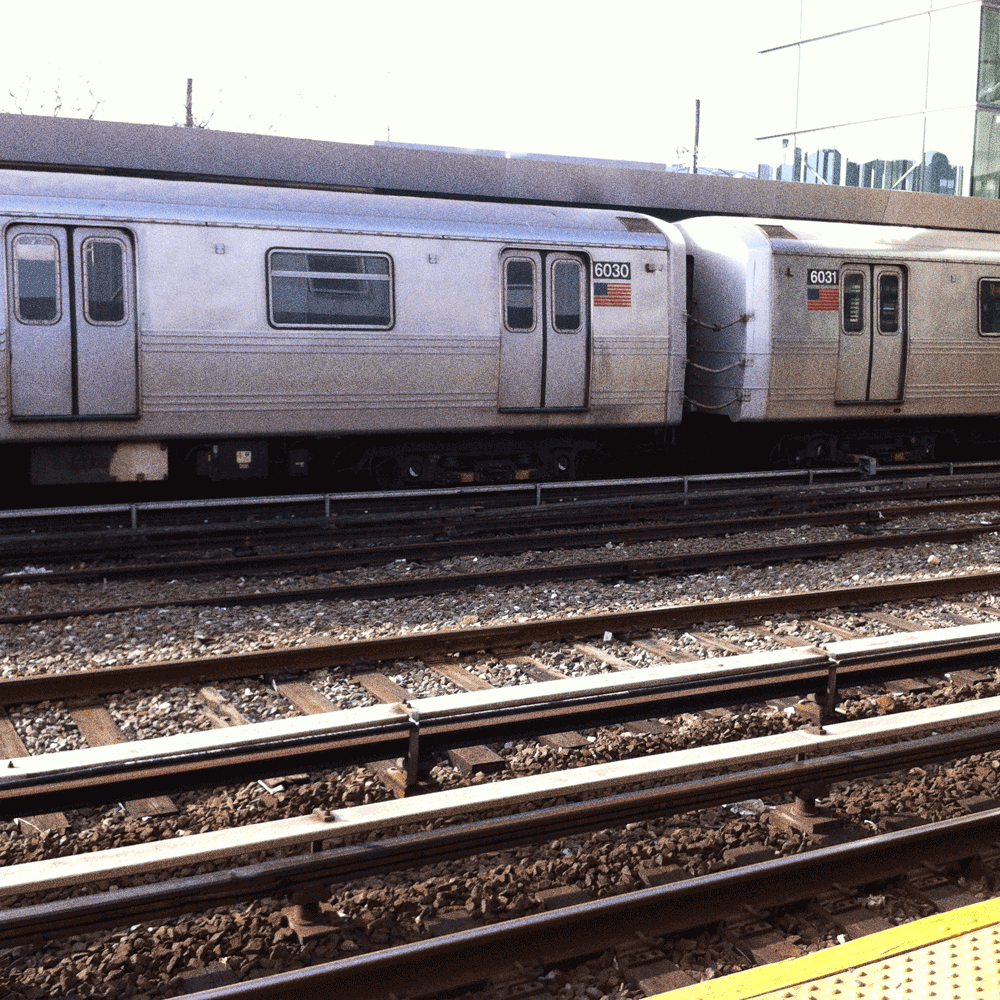 New York City subway trains. They’ve got the US flag on them just in case you forget which country you’re in. 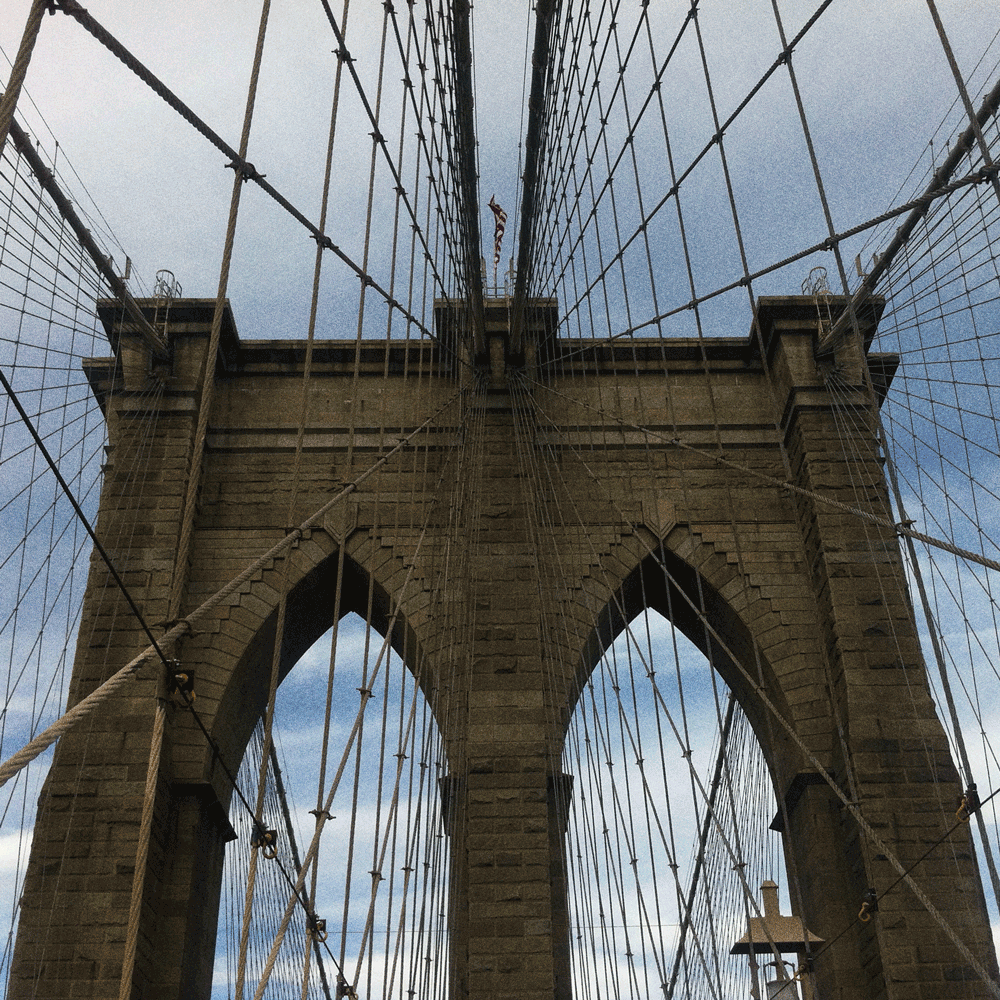 No introduction needed here. This is the Brooklyn Bridge connecting Manhattan and Brooklyn. 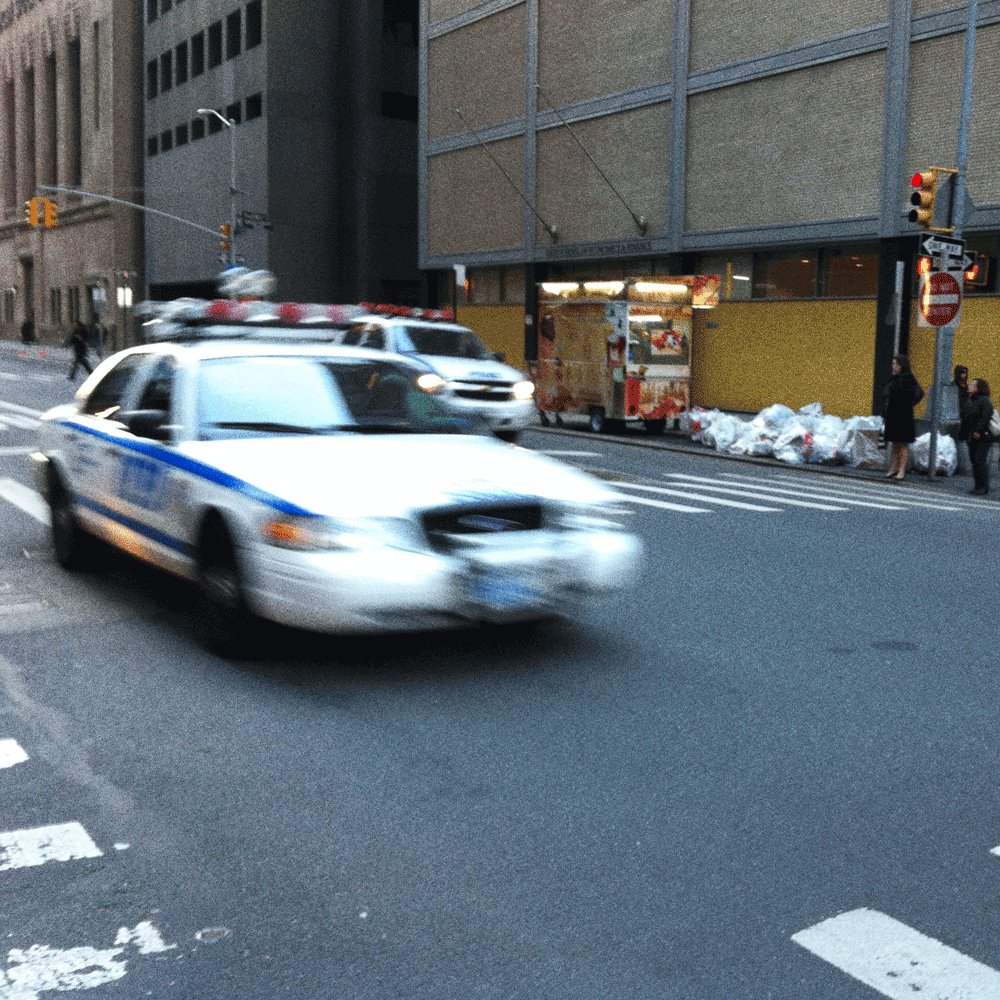 New York City Cops. Is this what The Strokes were singing about? 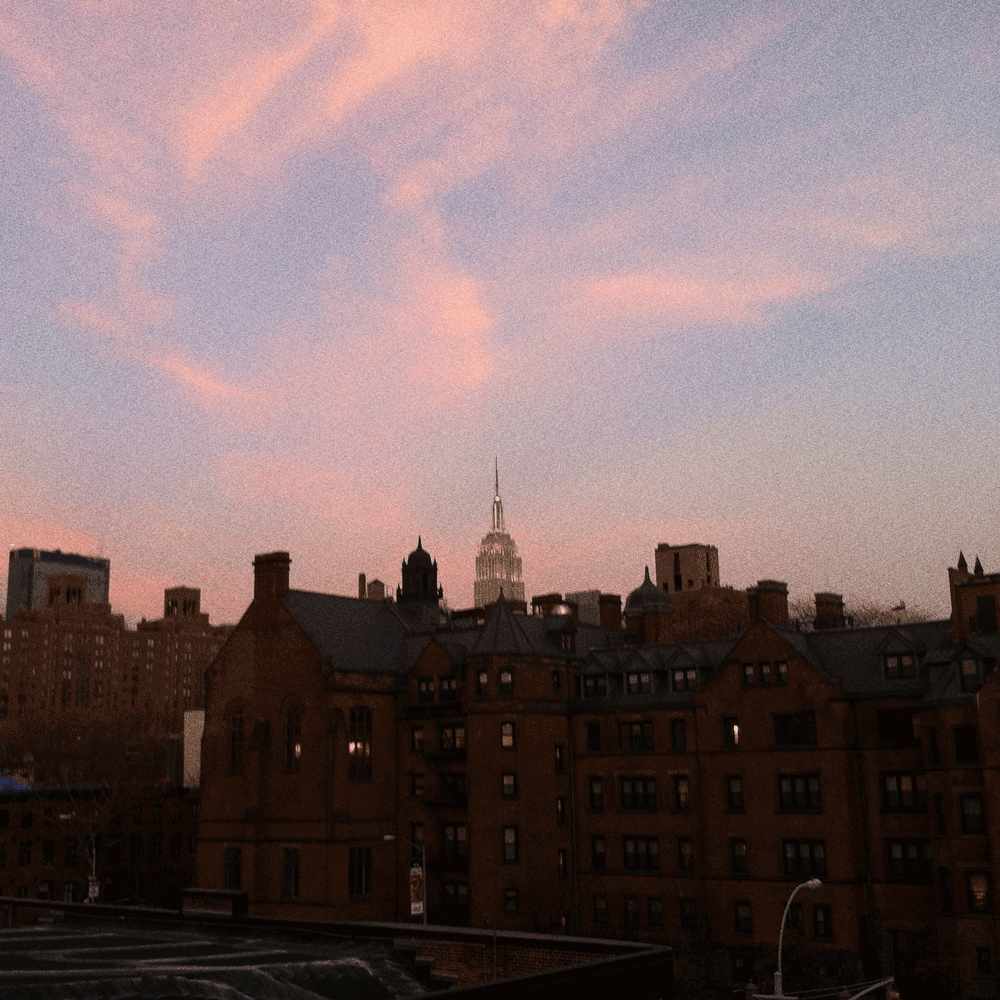 Yes, that’s the Empire State Building. It’s named so because the state of New York is also known as “The Empire State”. Similarly, New Jersey is “The Garden State”, California is “The Golden State” and Mississippi is “The Magnolia State”. 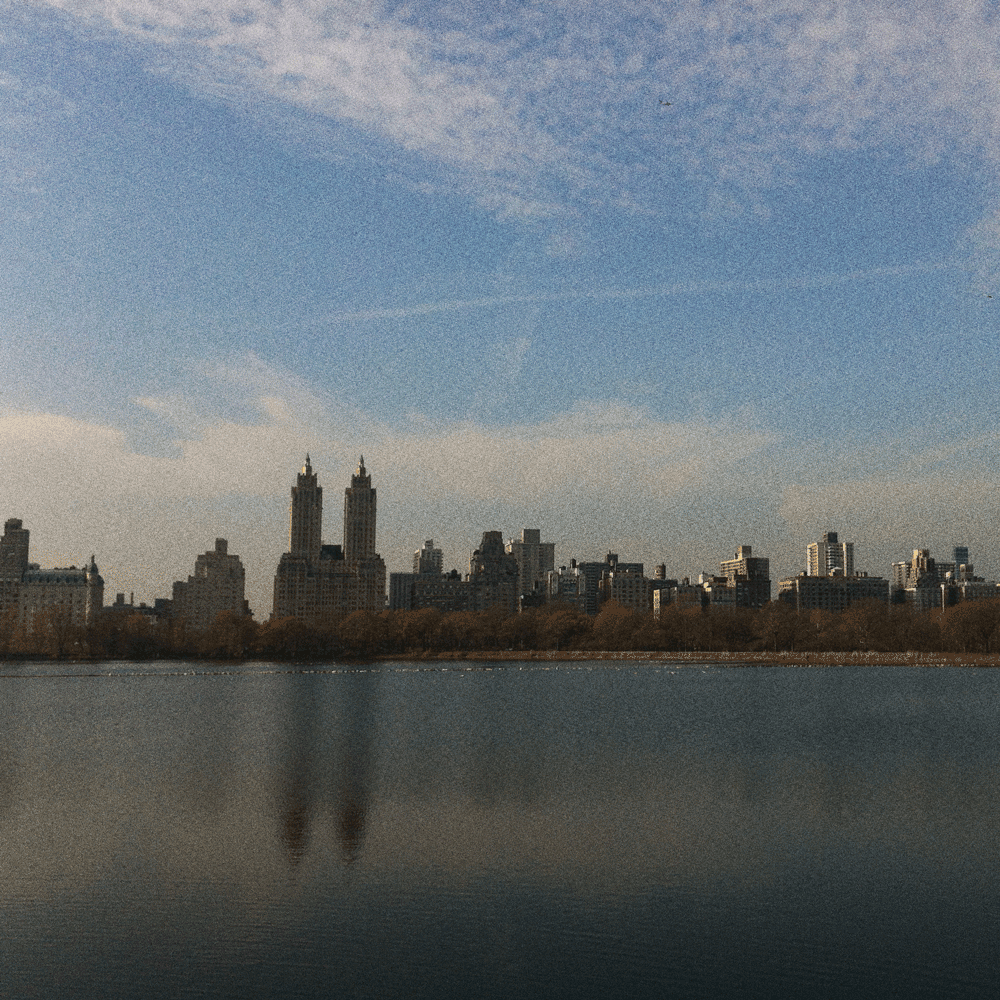 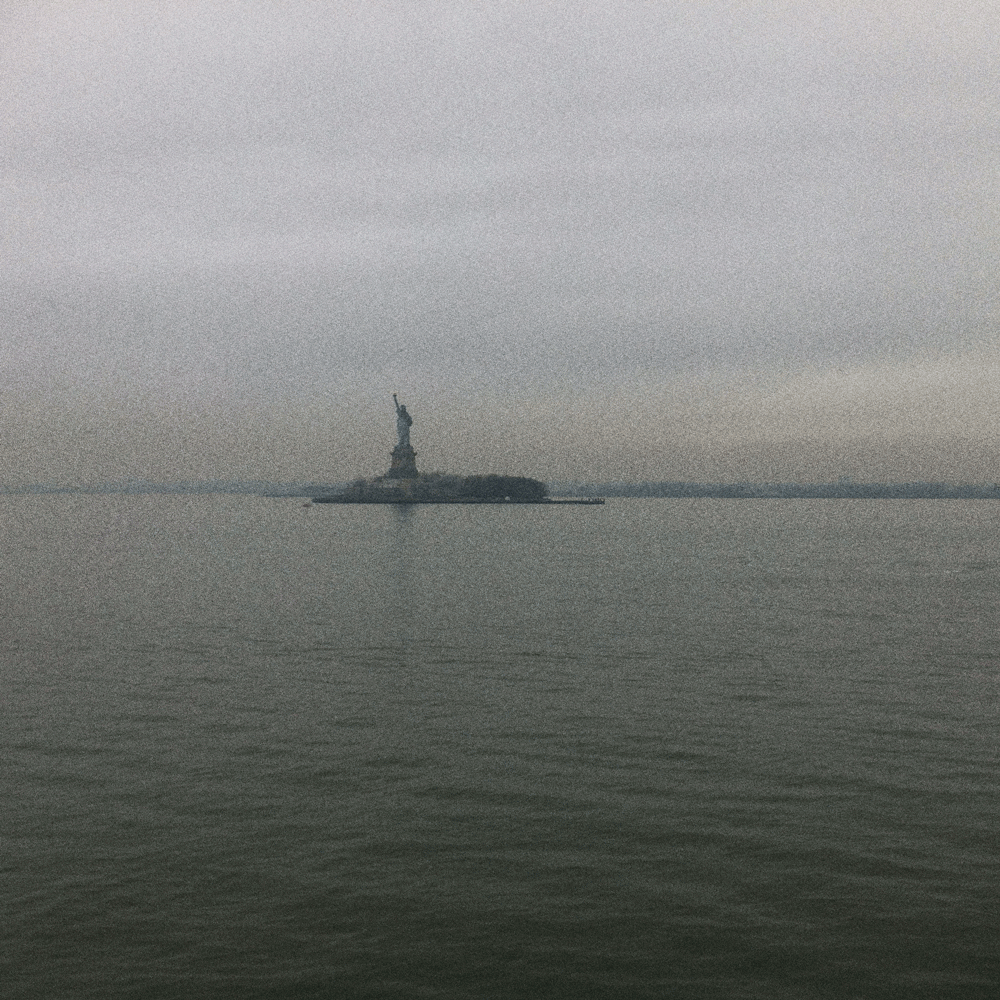 The Statue of Liberty. Sorry, this sad-looking picture is the best I could get at the time. 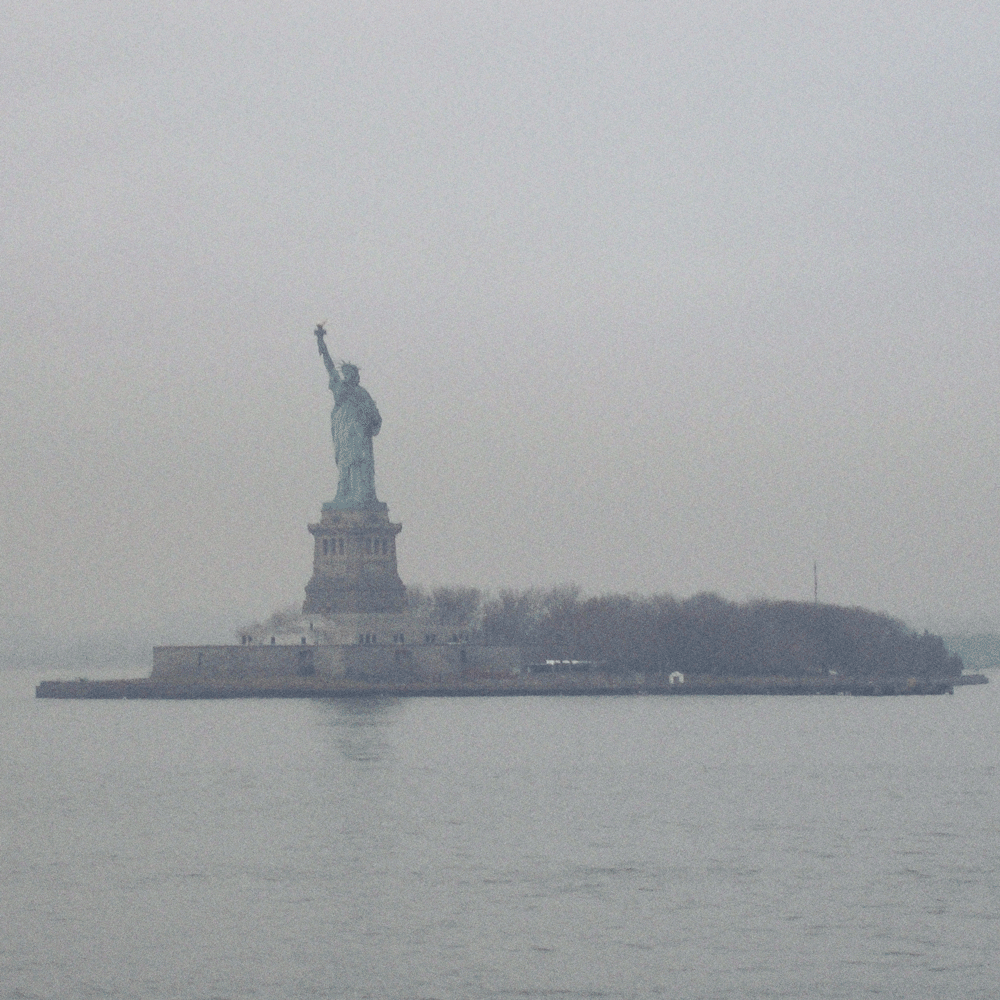 I guess this is a little better? 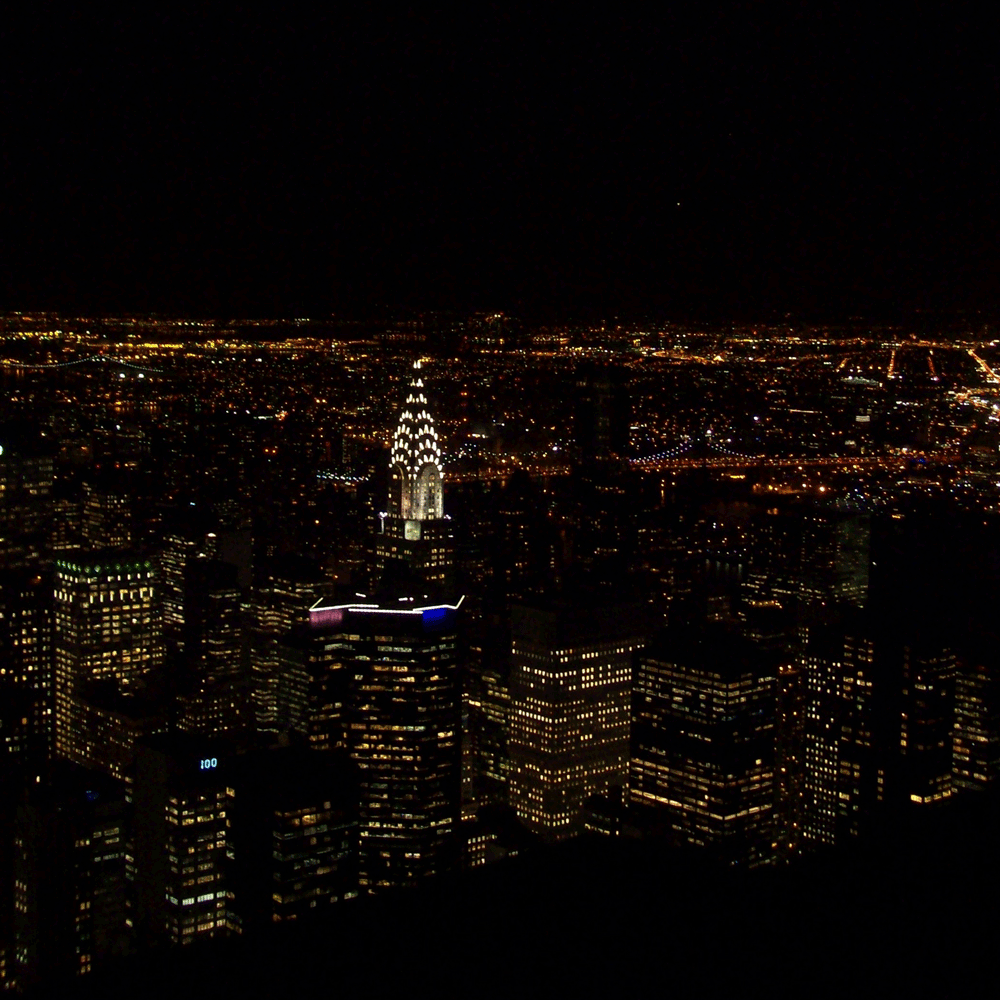 Ever wondered what the view from the Empire State Building looks like? Here it is. 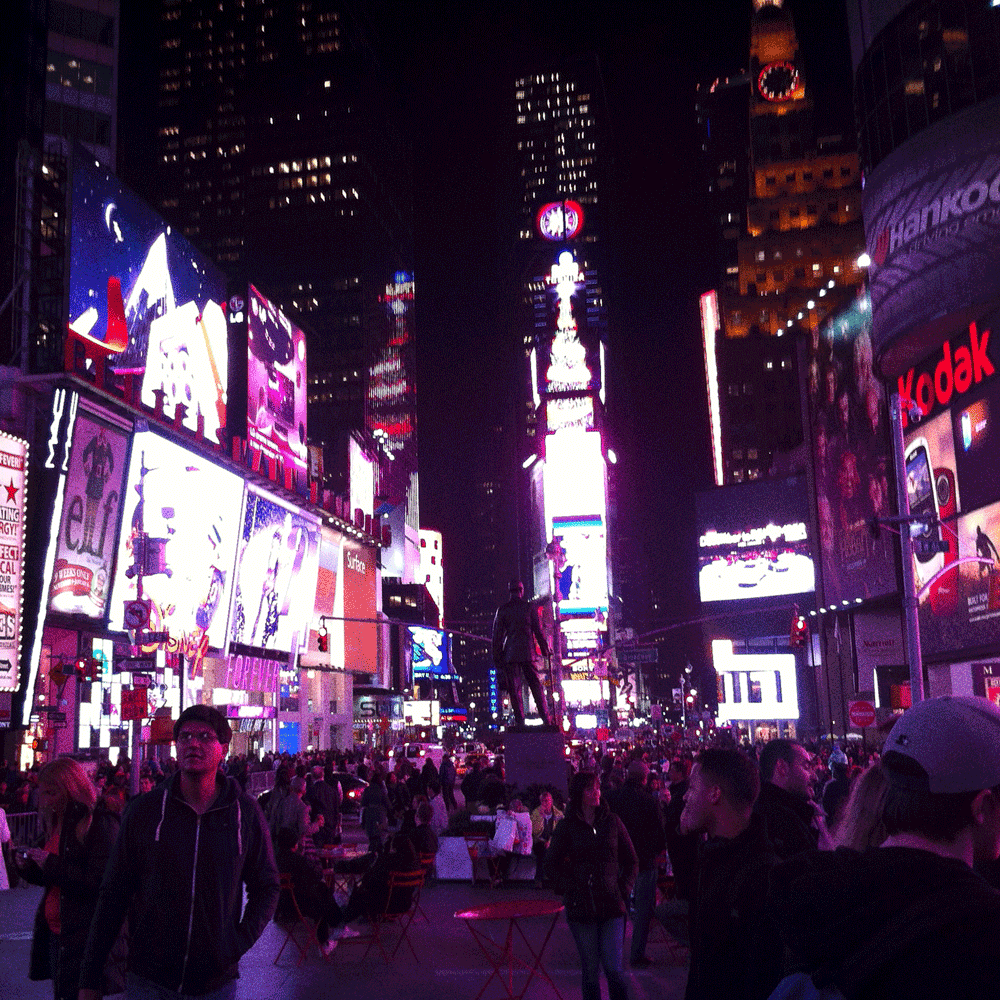 This is what Times Square looks like in real life. Yes, those are some very bright lights and my Kodak point-and-shoot camera wasn’t able to comprehend what it was looking at and so everything just came out white. Plus my photography skills at the time weren’t fantastic. 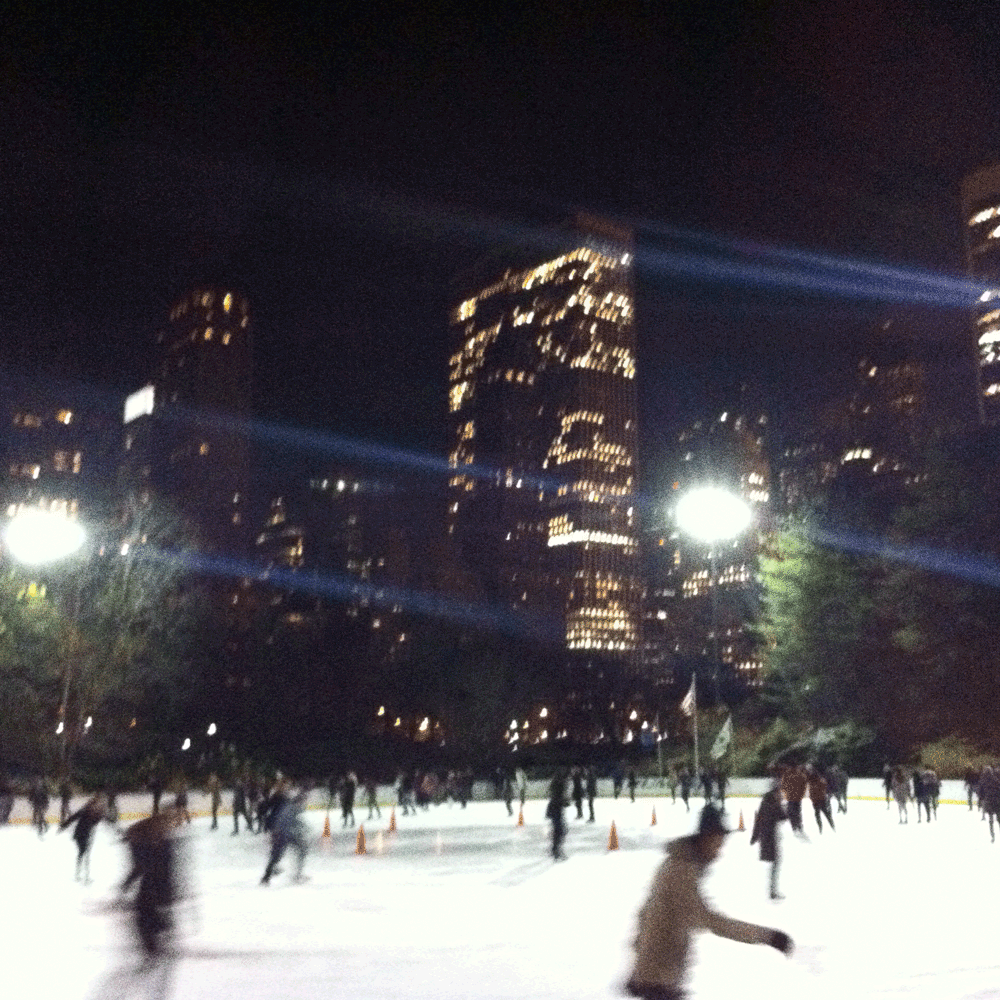 This is Wollman Rink, an ice rink in the middle of Central Park. Yes, it’s the same one that’s in Home Alone 2: Lost in New York. 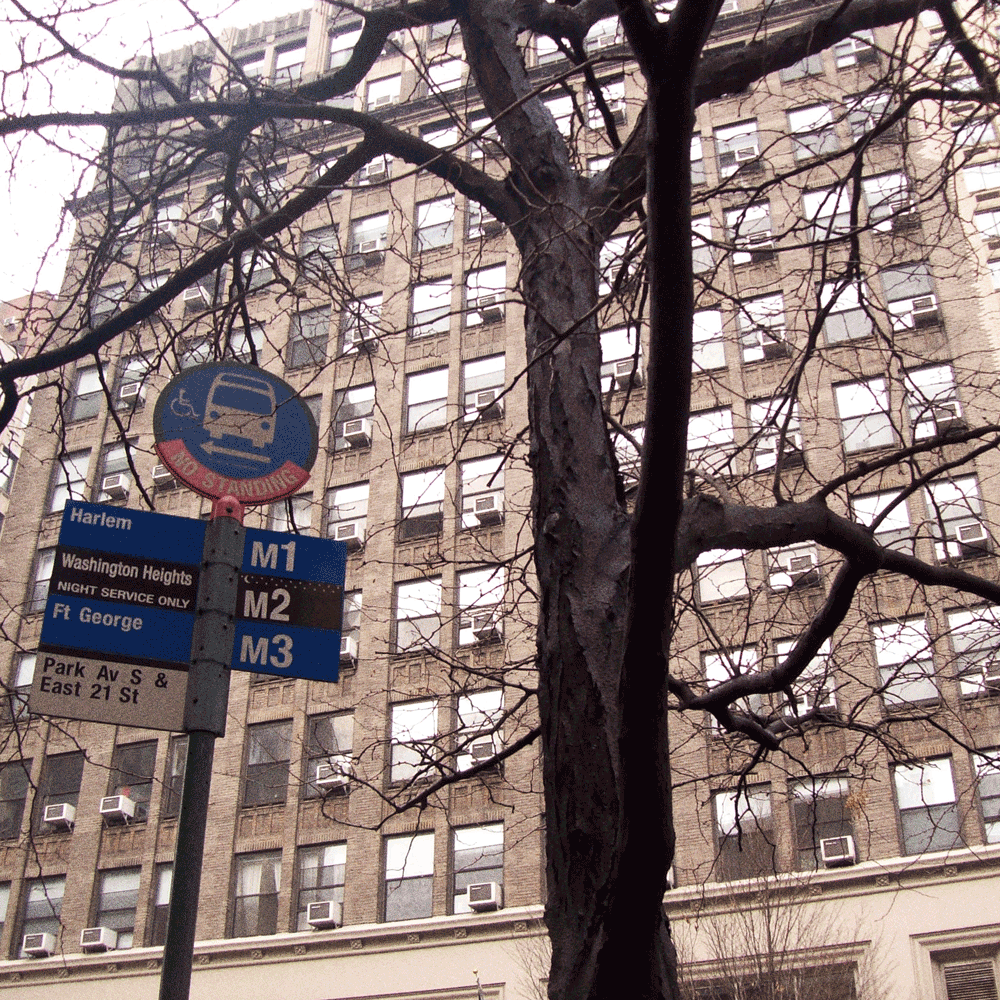 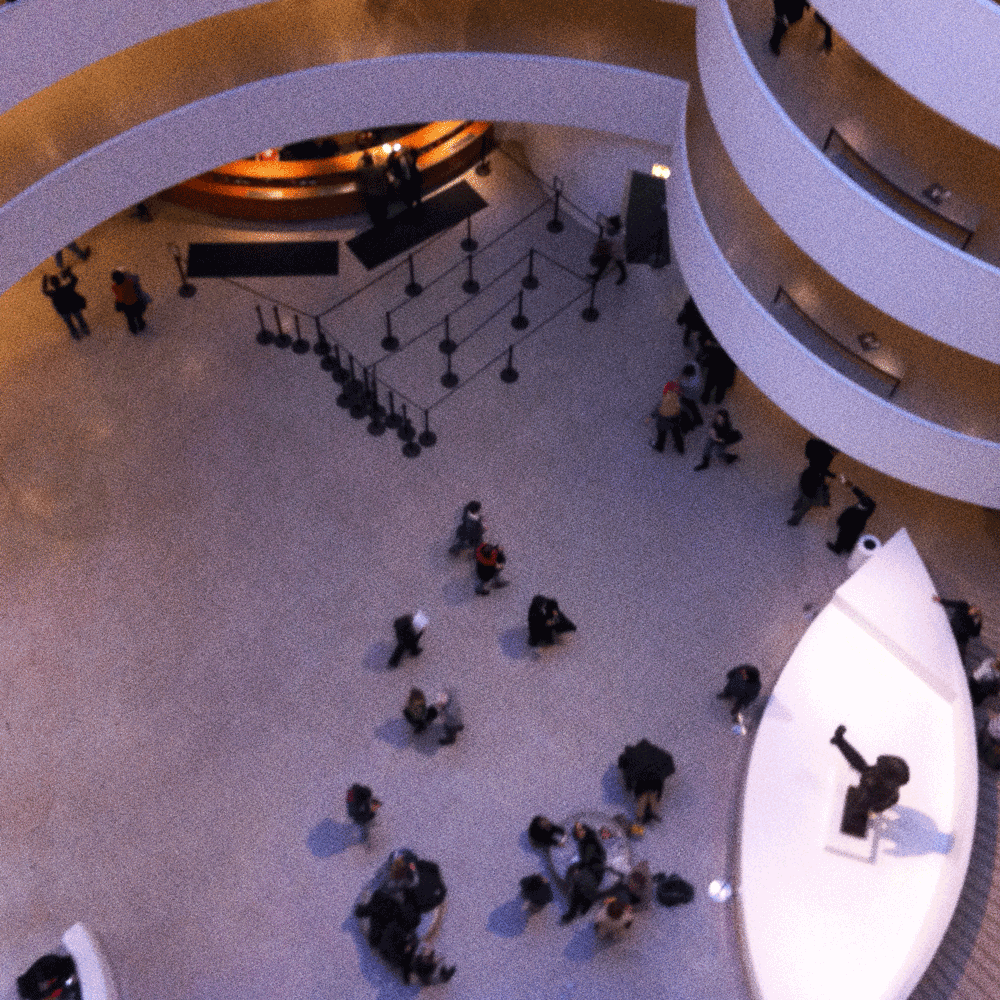 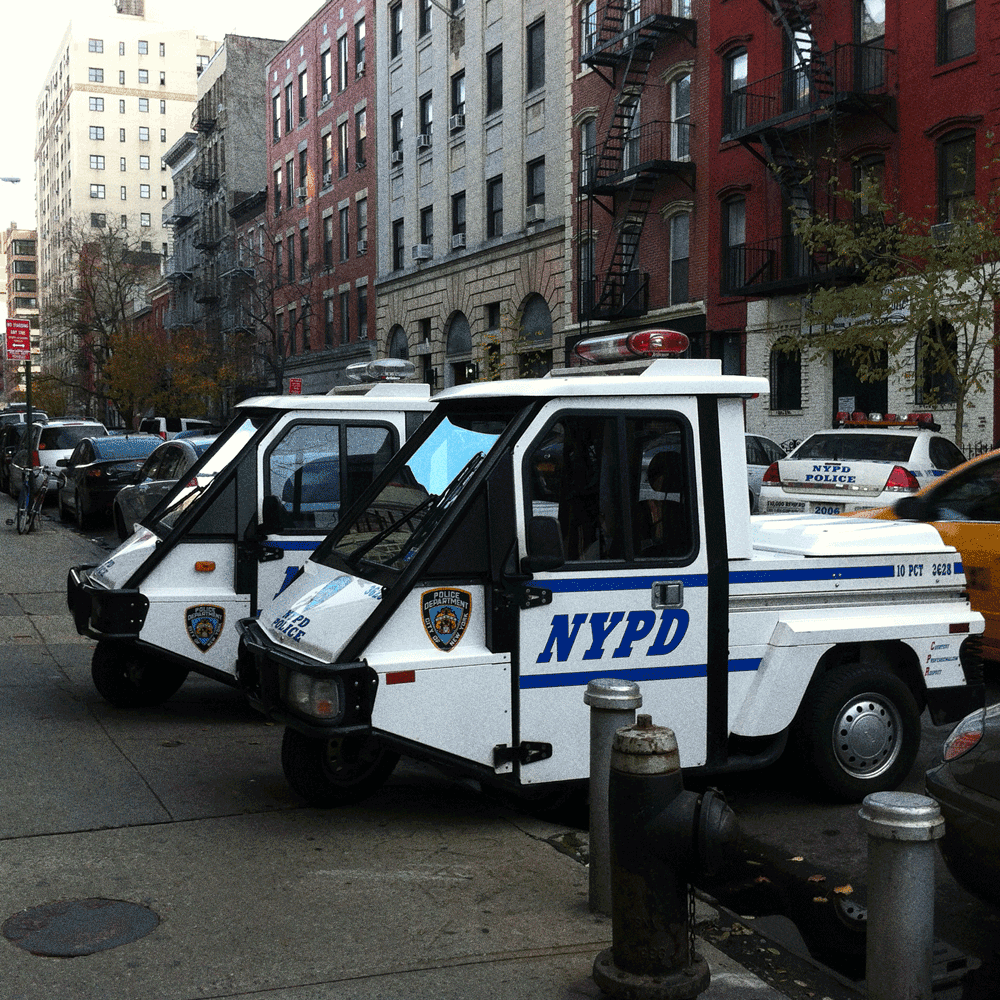 No, no — I’m not telling you to leave! I just said that because this next section really is about taking a hike. Please stay. Please.