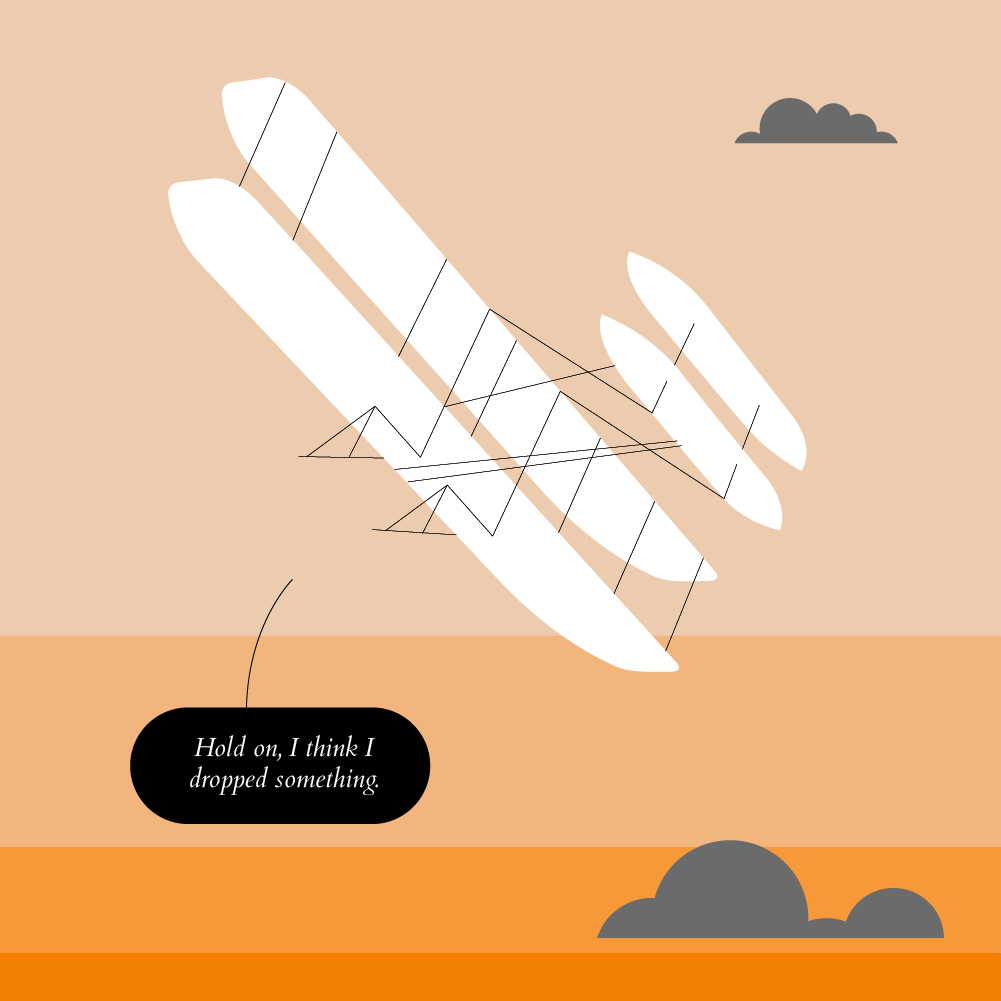 DON’T LEAVE TOWN FOR THE NEXT SEVERAL DECADES. I MAY NEED TO ASK YOU A FEW MORE QUESTIONS.

It was that time of day that photographers call “golden hour” — you know, that late afternoon time when the sunlight is just perfect for photography? In Jakarta, Indonesia that time comes around 4-5 pm every day, if it’s not too cloudy1.

I was at work, sitting at my desk in my office in central Jakarta when I decided to go down to Alfamart, the nearby minimart, to get an afternoon snack — or perhaps a Pocari Sweat2.

I got up from my desk, went down the stairs, out of the front door and began walking down the street. I pushed the door open into Alfamart. There was a line at the cashier, which was nothing unusual for that particular Alfamart. One employee worked the checkout, even though there were two registers available. Also nothing unusual for that particular Alfamart.

I picked out a drink from the fridges and got in line. A moment later, I got to the cashier and pulled out my wallet to get my cash ready. I paid and as I left there, all I remember is the checkout girl giving me a strange look. Now that was unusual for this particular Alfamart. Even though I get stared at a lot as a foreigner in Jakarta — but this was different.

I returned to my desk at work and sat down. The next few hours were pretty normal; I planned my classes, prepared some materials, taught my classes then sorted out some files before deciding it was time to go home. I got up from my desk, said goodbye to my colleagues, went down the stairs and out the front door again. This time I headed in the other direction, towards the bus stop to take the bus home.

The bus system in Jakarta, known as TransJakarta, is built in a way that the bus shelters are in the centre of the road, with both directions of traffic going either side of them. To get to the shelter, they’ve built bridges that connect the bus shelters in the middle with either side of the road. People also use these bridges to cross busy streets.

So I climbed up the stairs to the bridge, walked halfway across and then went down into the bus shelter. As I approached the ticket barrier at the bus shelter, I reached into my pocket to pull out my wallet, in which I usually kept my bus card.

But it wasn’t there. My wallet was not in my pocket.

So I looked in the other pockets. Not there either. I took off my backpack and searched it thoroughly. I could not find my wallet. Thinking I had perhaps left it back at work, I rushed back across the bridge and headed towards work, hoping I had left it in my desk drawer or something. I arrived back at my desk and opened my drawer to find no wallet in there.

It felt like a missing person situation, where someone disappears and the police along with the entire town are walking all in a straight line through a forest with flashlights and “MISSING” posters. Only that someone was my wallet. A slim brown cardholder that I used for putting everything: bus card, debit cards, cash, my UK driving licence. It was a small but mighty wallet, and it was beginning to look like I might have to say goodbye to it after having it for only around a year. I knew that wherever my wallet was now, it must be the possession of someone else. I mean, I hate to be cynical, but given the fact that I had around 500,000 Indonesian rupiah (only around USD 34, but in Jakarta that’s enough to feed a family of four for at least a couple of weeks) stuffed in there, the chances of someone finding my wallet and not keeping it for themselves were slim.

At one point during the search, someone suggested we check the CCTV footage from earlier that day to see if we could find any clues. Everyone then gathered around the computer on which the entire building’s security camera footage was recorded onto and I watched the screen as I saw myself from earlier that afternoon get up from my desk, go down the stairs and out of the front door to go to Alfamart. The security footage only lasted until the front gate, so I only saw myself leave the building and disappear down the street, to then return a few minutes later and go back up the stairs to my desk carrying the drink I had bought from Alfamart.

Then I suddenly had a thought. Alfamart. Maybe I left my wallet there.

‍I went back to Alfamart, four hours after I had been there earlier, with a colleague of mine. When walking in, I noticed that it was the same girl as before working the cashier. She eyed me as I walked in.

My colleague, who was a local Indonesian, spoke to the cashier girl and asked if she had seen a wallet. The cashier girl looked at me, then she looked back at my colleague and very blankly just replied “Nope.”

‍That was weird, I thought as I walked out of there.

At this point, it was beginning to look hopeless. I began to accept that maybe I had just, plain and simply, lost my wallet. It happens, right?

We got back to the office, I said thank you to everyone for their help and took a taxi home. I was able to block my debit cards through my banking apps and a new bus card could be easily bought from any supermarket or convenience store. My UK driving licence, however, it seemed was lost forever, maybe now in the hands of some local bajaj3 driver who picked up somewhere a slim brown wallet belonging to a British foreigner that he’d probably now take home and show to his kids. I got home and just accepted the fact that my wallet was now gone, and I would always remember this night as the night that I’d lost it.

How very wrong I was.

It’s funny how life plays out sometimes. Because the very next day I came into work and had only just sat down at my desk when I got a text from my manager, who sat in the office downstairs.

‍I flew down the stairs and barged into the downstairs office. My manager sat at her desk, upon which lay my wallet, seemingly back from the dead, along with all of its contents, including my UK licence. The only thing that was missing was the cash; that was gone, of course.

I was stunned. “Where did you find it?” I began.

And then my manager told me the story.

After I had gone home the night before, my manager had informed the night security guy that I had lost my wallet that very afternoon and that it was probably in the vicinity of the office, seeing as I hadn’t left the area all day. And this night security guy turned out to be some kind of street-smart, Liam Neeson-type character who had grown up on the streets of Jakarta and knew how to locate things that had gone missing. As I heard, he had gone out into the night and launched a full investigation into the disappearance of my wallet. Now I don’t know what he did or how he did it, but I’m guessing that after talking to a few people, calling in a few favours and making a few threats, one thing led to another and, in some bizarre way, he managed to get my wallet back and give it to my manager.

I was speechless. “So how did it end up out there? Did I drop it or something?”

“That we’re not sure of,” my manager replied. “But according to the security guy, the Alfamart people had it.”

Alfamart. That cashier girl. No wonder she was staring at me so weirdly. She knew something. She had my wallet and didn’t say anything.

“So I must have left it when I went to Alfamart?” I said, and just as the words left me, a flashback suddenly appeared in my mind. A flashback of me paying for my drink at Alfamart the previous day, putting my wallet down on the counter and forgetting to pick it back up.

“Most likely, yes.” My manager handed the wallet back to me. “Now look after it. I think everything’s still in there? Well, minus the cash, of course.”

Welcome to Kanis Majoris. Please hold and an agent will be with you shortly. Do not hang up.

1 The sunrise and sunset times in Jakarta stay roughly the same all year round because it’s so close to the Equator. But more on that later.

2 A drink you can find here in Indonesia. I actually don’t like it that much, but it’s basically like one of those drinks that has electrolytes and it’s good to drink if you get a bad stomach or something. I have never understood the name, though. I mean, to put the word “sweat” in the name of a drink is a very bold choice indeed.

3 The Indonesian word for a rickshaw. It’s called different things in different parts of the world — like in a lot of countries it’s known as a “tuk tuk”.

WE'RE OPEN TILL 10 PM TODAY, BUT DURING DAYLIGHT SAVINGS TIME, WE SHUT THE STORE DOWN AND RETREAT TO A CABIN IN THE WOODS.

Because in this complicated world in which information flies through the air and everyone has a computer in their pocket, daylight savings is still a thing for some reason.