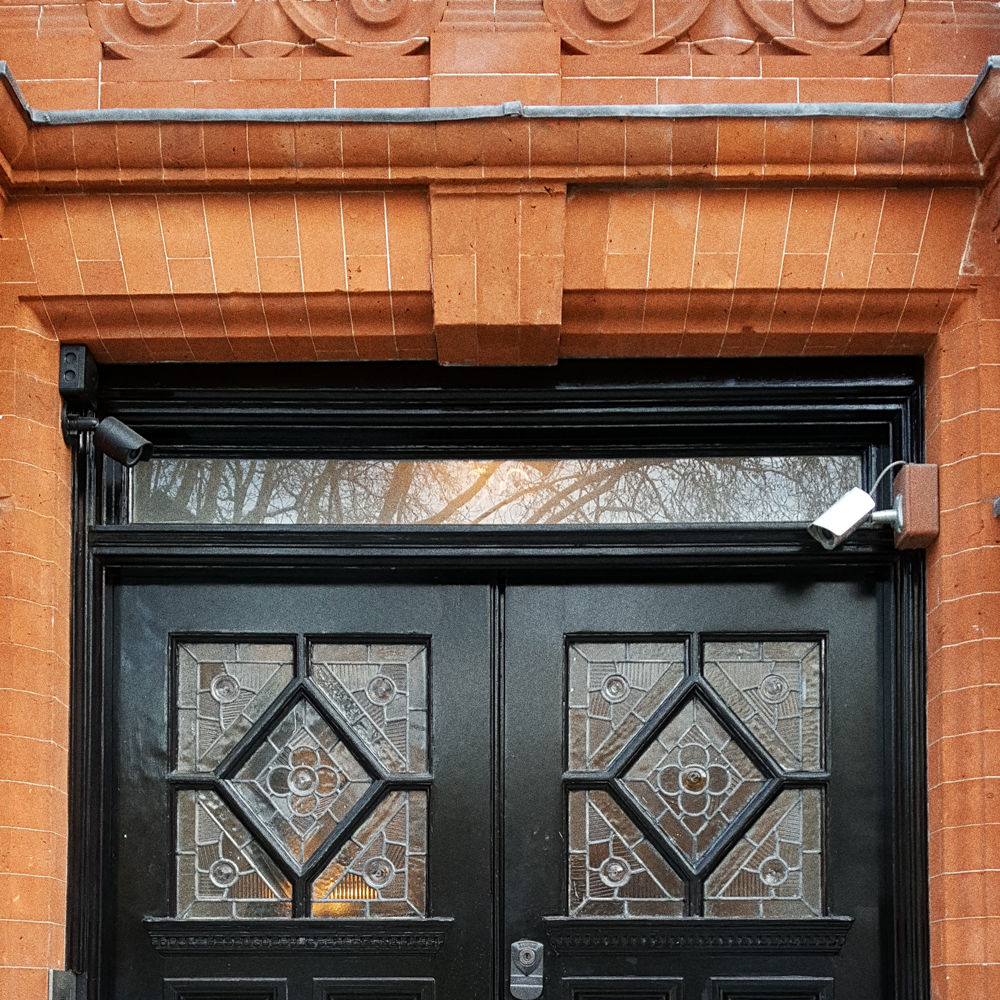 Don’t worry. It’ll be safe inside the underground bank vault.

The place that I’ve spent more time than anywhere else is the capital of the United Kingdom, London. When you think of London, you probably think: Big Ben, red buses, Tower Bridge, black cabs and that square with the tall column and all the pigeons1. Yes, that is London. My hometown. You’ve heard of it, for sure. Maybe even seen it in a movie or on a postcard. But there is actually another city inside London, and it’s called the City of London.
‍
So, way back when, the Romans came to England. They went around conquering different places because, you know, that’s what people did back then. They came and formed a small city on the northern bank of the River Thames, named it Londinium built a wall around it — because that was also what people did back then. This walled city, even after the Roman Empire eventually faded away, survived, became independent and incredibly wealthy with trading and whatnot. The walled city went on to become known as the City of London, a self-governing city run by a corporation and a hub for finance and business.
‍
At some point, another city was made to compete with the City of London. The second city was founded right next to the City of London and it was named Westminster. Kind of like how you sometimes see two rival cafes located right next to each other? I guess it was kind of a medieval version of that. The second city, Westminster, grew in size, slowly absorbing the nearby villages and towns and eventually grew larger than and completely surrounded the City of London, becoming the London we know today. So if you look from above, the entire metropolitan area is London with the exception of a small, one-square-mile piece near the centre which is the City of London. Though most people just call the whole thing “London”, even though it technically consists of two cities; the walled city and the other, unwalled one2.
‍
When William the Conqueror invaded England, he tried to take the walled City of London. He wasn’t very successful — I mean, the City of London had been around for many centuries at that point. I’m pretty sure they figured out how to protect themselves during that time, right? An agreement was ultimately made that the City would acknowledge William as king so long as William would acknowledge them and their rights and, basically, leave them alone. And that’s how it’s been since. Every monarch that sits on the throne of the United Kingdom has to not only acknowledge the City’s rights, but also is not allowed to enter the City without permission. So the current queen, Elizabeth II3, would have to ask permission before entering the City of London if she wanted to, I don’t know, take a look at the gold in the underground bank vault or something4.
‍
I know I’ve said a lot about the City of London being separate to London, but it’s not like when you’re going from London into the City of London you have to cross some old, gothic-looking border and state your purpose to some elaborately-dressed guards. From a practical point of view, as a tourist or even as a resident of London, you can barely even tell where the boundary really is and you’ll be mostly unaffected by the “separate cities” thing. I guess most of the “separate” stuff is mainly for politics and taxes and stuff like that. When you’re in London, you can barely even tell where London ends and the City of London begins. Although look out for small monuments such as the Temple Bar, which depicts a dragon standing on a plinth, that tell you that you are now entering the City of London. You can also look out for the double-dragoned-crest of the City of London, which probably means you’re in the City of London and not London. Or you’re near something that the City of London owns, like the aforementioned Tower Bridge.

By the way, Tower Bridge is the cool-looking bridge with two towers5 and the road that opens up in the middle when a ship wants to pass through. It’s mistakenly referred to as London Bridge sometimes, so as a Brit, I’m just setting a record straight. There is actually a bridge in London called London Bridge, but it’s nowhere near as interesting-looking as Tower Bridge. It’s is pretty much just a boring old bridge. However London Bridge has had to be rebuilt a number of times over history. Once because of a tornado — which, I would never have guessed that there were ever tornadoes in England, but apparently there was one in 1091. Who knew? — once because of the bridge actually being sold and shipped off to America6 and once because of too much congestion and probably a bit of that it’s-been-a-while-since-we’ve-rebuilt-London-Bridge feeling. London Bridge also suffered a lot of fire damage, including during The Great Fire of London7.
‍
We have a lot of landmarks in London. Another famous one is, of course, Big Ben. Although the clocktower known as Big Ben is actually named the Elizabeth Tower and Big Ben is just the nickname for the bell inside the tower, usually the entire thing is just referred to as Big Ben. Even by Londoners. In any case, the bell in Big Ben is going to be a bit quiet for a bit while they do some renovation work on the tower until 2022.

Another landmark London has — well, it’s not really a landmark, but — is Heathrow Airport. The busiest airport in the world. But it’s not the only airport in London. Many big cities have more than one, but London actually has seven. Yep. This is because, during the World Wars, a lot of airfields were made all over London for military planes and after the wars ended, they were either shut down,  continued to be used as military bases or turned into airports. The two main airports in London are Heathrow and Gatwick and although Gatwick isn’t even in London (it’s like half an hour outside the city), it still counts as a London airport.

From London’s St. Pancras International station, you can also get a train to Europe. Not new information to anyone, I’m sure, but the Channel Tunnel that links the UK to France — and by extension mainland Europe — is pretty cool. Although I remember going from London to Paris by train through the Channel Tunnel when I was around twelve years old thinking the tunnel was actually going to be see-through and going to go through the water, allowing us to see all the fishes and stuff. It was around five minutes before the train was to enter the tunnel that my mum told me that the tunnel is actually buried under the seabed and we’re not going to be seeing anything except total darkness. I can’t have been the only one who was disappointed.

1 That square is called Trafalgar Square which was built to commemorate the British victory at the Battle of Trafalgar at Cape Trafalgar, off the coast of southern Spain. Interestingly, the name “Trafalgar” comes from Arabic and means “cape of the cave” or “cape of the west”. So, basically, there is a square in London that has an Arabic name. Sounds strange, no? Well everything has its origins somewhere, I guess.

2 Although the wall has basically disappeared, there are small pieces of it left. There’s also a street in the City of London called London Wall which is, as you'd suspect, where the old Roman wall used to be.

3 By the way, Queen Elizabeth II doesn’t have a passport. I think the reason why is something along the lines of all UK passports being issued by Her Majesty, so she doesn’t actually have one issued to herself. Nor does she need one, let’s be honest.

4 Beneath the City of London is an enormous amount of gold. Of course I don’t know how much exactly, but the vault where it’s stored at the Bank of England has keys that are 91 cm (around 3 ft) long. They also had to make a bend in the train tracks of the adjacent London Tube station Bank to go around the vault where the gold is.

5 Although it would make sense for Tower Bridge to be named so because of its two towers, it’s actually named Tower Bridge because of the nearby Tower of London; a castle that was built by William the Conqueror — yes, his name comes up a lot in British history. These days, it’s basically a tourist attraction where people go to see the Crown Jewels, the guards known as the Beefeaters and the legendary six ravens which are to be kept at the Tower at all times. It’s believed that the kingdom will collapse if they leave.

6 The New London Bridge that was built in 1837 went okay for a while, but then around the late 1960s was struggling and needed to be changed as the bridge was unable to support the increasing amount of motor traffic. This bridge was not actually demolished, but sold to a town in Arizona, USA. They actually ripped London Bridge off from the River Thames and transported it across the Atlantic to this place called Lake Havasu City where it was placed onto the shore of the lake and still stands today. Which kind of makes sense, right? I mean, rather than make a brand new bridge, just reuse an old one? Save the environment and all that? But then it must have taken a lot to get that massive structure transported across to America. Hmm.

7 The Great Fire of London was a great fire in London that burnt down about a third of the city back in 1666. Although London was a lot smaller at the time than it is now, and actually not that many people died, thousands of homes and buildings were burnt including St. Paul’s Cathedral and the Royal Exchange. How, you ask? Well, it started at a bakery and spread from there. Imagine being that baker. You leave the oven on while your buns are cooking as you step into the bathroom for a few minutes and when you come back, the whole city’s on fire.

WHY DO WE HAVE TO GET UP SO EARLY? OKAY, CAN I SLEEP IN THE CAR ON THE WAY TO THE TOP? WHAT?! WE’RE WALKING?