SIX THINGS THAT USED TO BE MORE COMMON 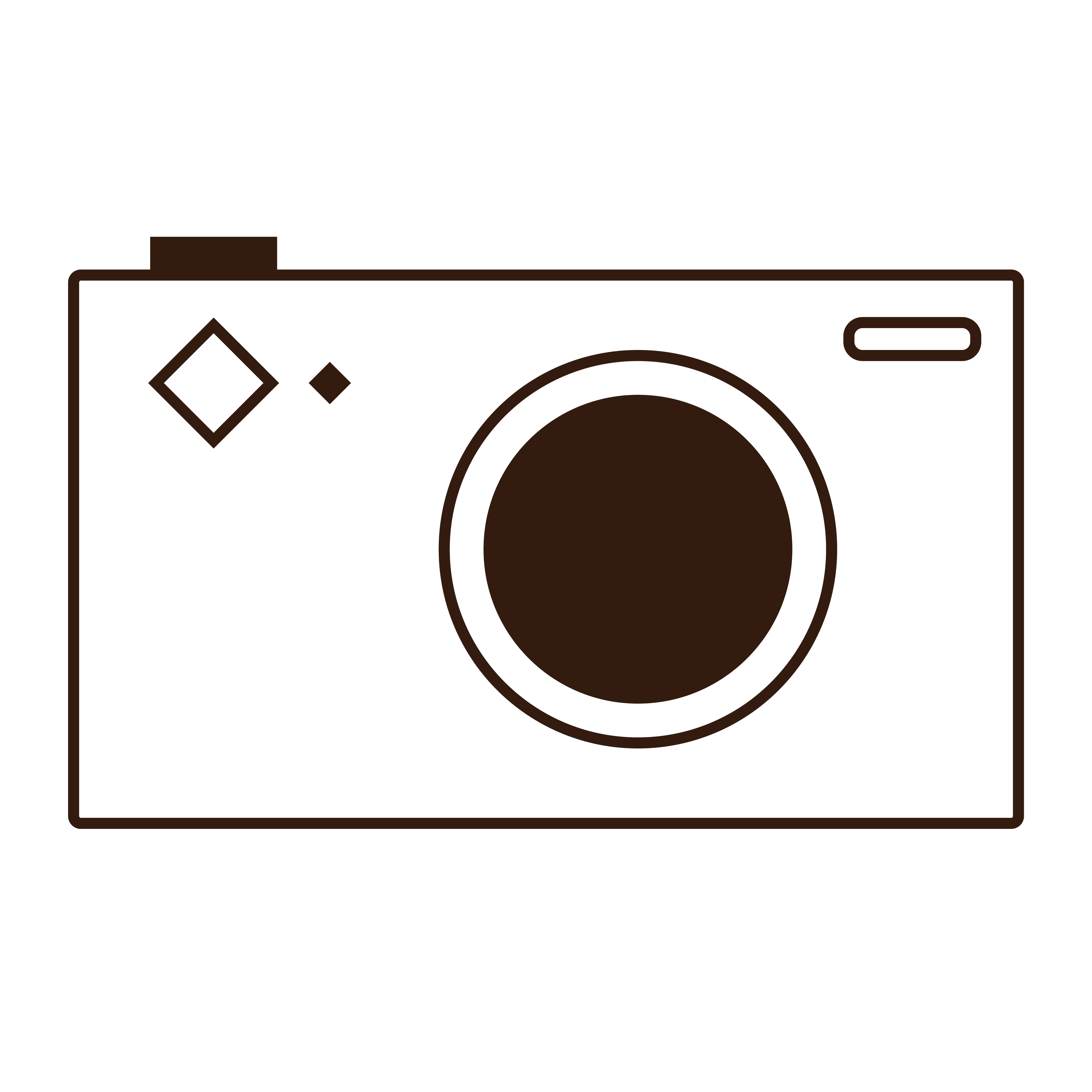 Why do I have to look through this 1,200 page book to choose what I want? Don’t you guys have an app or something?

‍Going back to outdated printed material, remember catalogues? These thick books produced by retailers full of photos and details of their products. It seems like such an absurd idea now, but back then it made total sense. We would have catalogues stacked on a shelf in our living room when I was a kid; IKEA, B&Q, Woolworths, Littlewoods. The crown jewel of catalogues in the UK back in the late 90s/early 2000s, however, was perhaps that of Argos. Argos is a store in the UK that sells pretty much everything; furniture, appliances, sports equipment and much more. Nowadays, you can just go online and shop from there, but back when I was younger you had to actually go to Argos and physically pick up the over-two-thousand-and-something-paged printed directory that had all of their products. And they made a new one every few months. So it was a lot of paper. 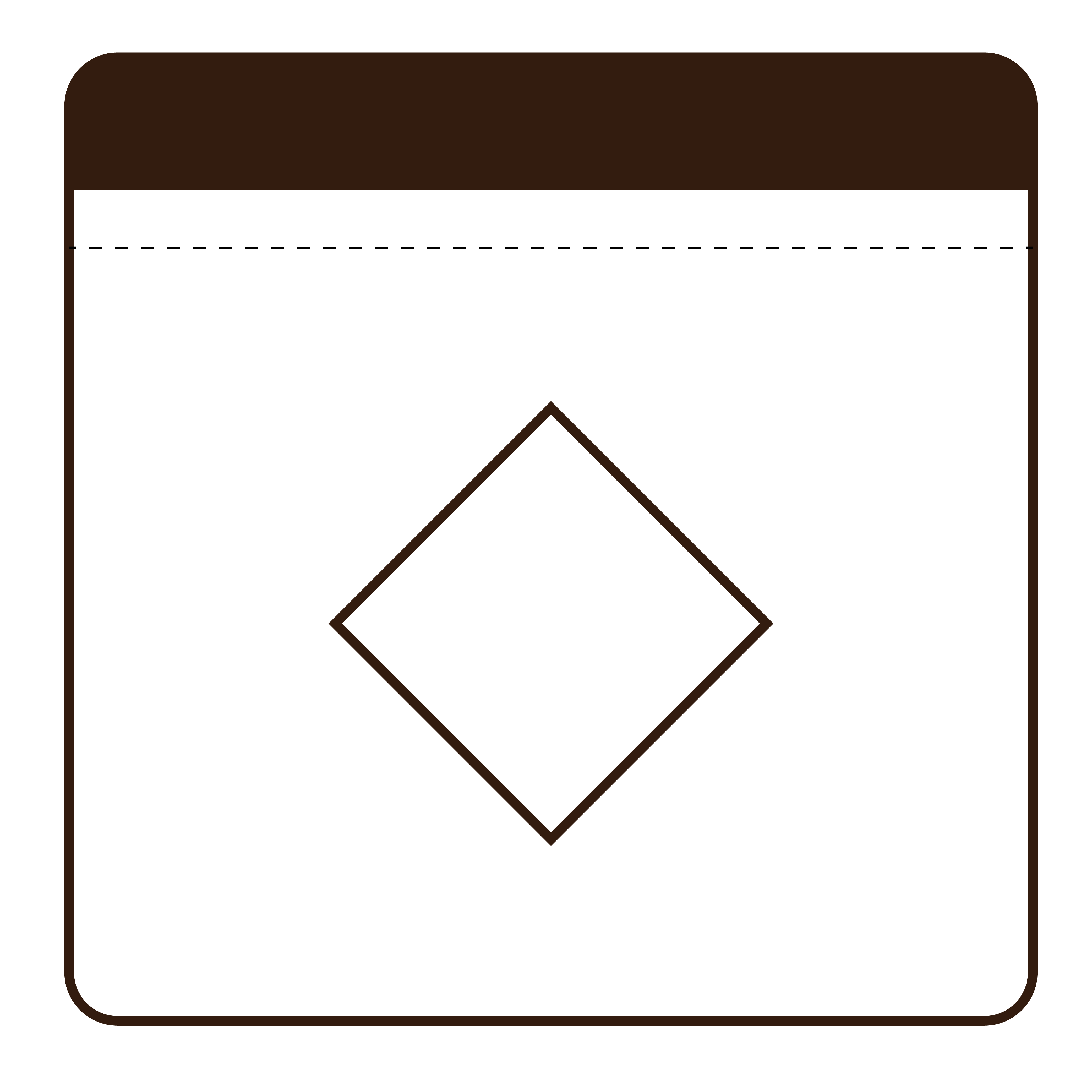 What was it called? It was like paper with the news on it. Ah, it’s on the tip of my tongue.

‍It was so useful back in the day. Newspaper had many practical uses besides just being a printed form of current affairs. The thin paper was perfect for spreading out on the floor for during messy art projects, rolling up to swat annoying flies with or even, as a last-resort, wrapping paper. Even Mr. Bean demonstrates the versatile nature of newspaper in Do-It-Yourself Mr. Bean when he wants to paint his apartment.

When I was a kid, my family and I moved around quite a bit. On arrival at any new home, my mother would insist we lay down a sheet of newspaper inside every drawer and on every shelf — as not to trust the hygiene of the previous occupants. Newspaper smelled a certain way. The 50gsm paper had a certain feel to it. I used to like flicking through newspapers and vandalising every face in it by with devil horns and a moustache. Newspaper was also great for collages; cutting things out and sticking them down elsewhere to make a picture. Newspaper was great for cleaning; my dad always used newspaper to clean windows and mirrors. He was convinced it was better than using any old cloth as it wouldn’t leave any marks. It used to be present in every home at any given moment. Even if you didn’t buy newspaper, newspaper would somehow find its way into your home. 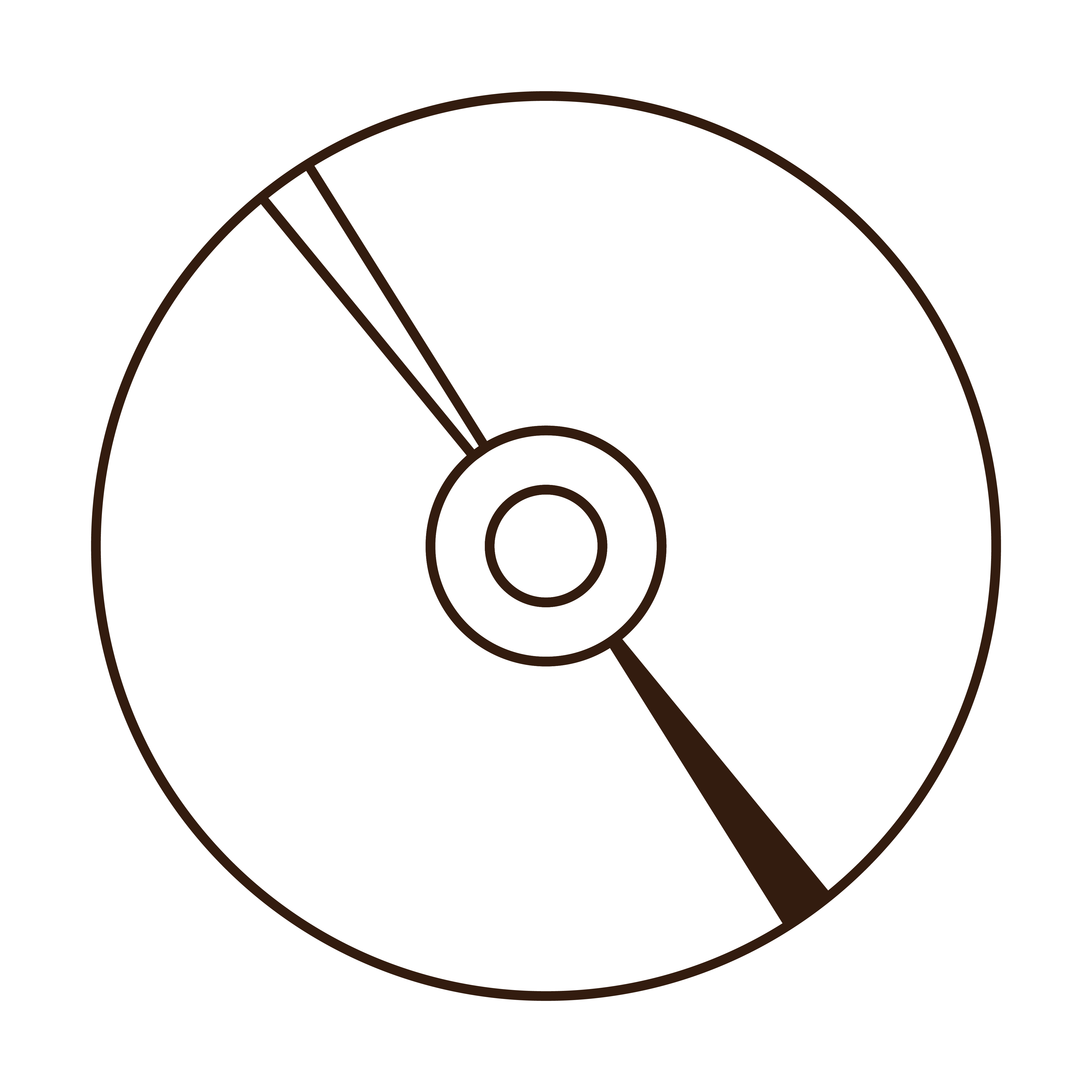 So you’re telling me this little box has an entire movie in it? What? It has three movies?

‍Back before movies were an .mp4 or represented by thumbnails on smart TVs, VHS tapes were all the rage. They slightly smaller than an A5-sized paper, and around an inch in thickness. I’m sure you’ve seen one before, you may even have used one. But am I the only one who kind of misses it? It was a physical object that had a movie in it. Sometimes even more than one. Depending on the type of tape and the VCR you recorded on, you could have up to 11 hours of video. And you could record anything from TV onto a tape; a movie, a TV show, sports highlights, anything. Heading out while your favourite TV show is going to be on? VHS has got you covered. Want to watch a movie that’s going to be airing at 3am but you’ve got work the next morning? No worries. You can insert a blank tape — or one that already has something on it; if you want to record over it — into your VCR, set a timer and let the magic happen. Even if the TV was switched off, the VCR would still record as long as it was on and the channel was set to the right one. At my house, we had stacks of VHS tapes with all sorts of movies that we had recorded straight from TV. And once you had it, you could watch it over and over with no expiry date — as long as you didn’t touch that brown tape under the flap. Touching it would ruin the movie1. And then there was a whole thing about rewinding your tapes after you finished watching them. Because it was analogue technology with all the movie data stored on brown tape, — as it was back in the day, like with cassettes or those old computer hard drives that stored data on tapes — the tape would basically remember where you left off when you took the VHS out of the player. So when you got to the end of your movie, you had to then press rewind and go all the way back to the beginning, rewatching the movie you just watched in reverse2. Or you could even rewind a tape by hand. But that would take forever, and your finger would be aching by the end of it. 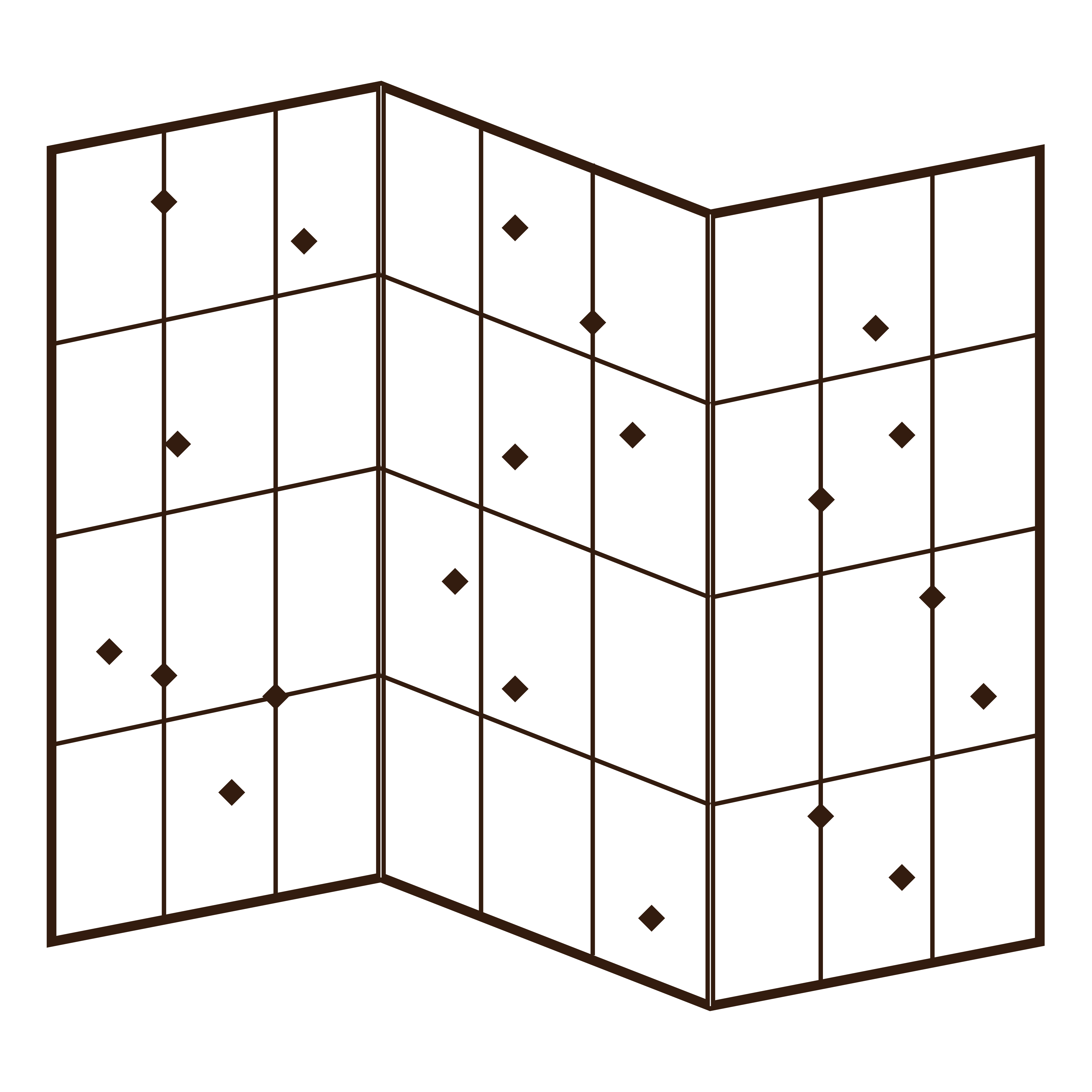 It’s only got like seven colours and doesn’t have YouTube? Um, no thanks. I think I’ll just use the internet.

‍This one is kind of obscure. Back in the early 2000s — when I was a kid — the internet was a bit expensive and not very fast. So, to get important information like news headlines, flight times, weather, cinema listings etc, you could go onto your television and press a button (usually it said “TEXT” or “TXT”) on your remote and your TV screen would go completely black. Whatever you were watching would still be playing in the background — you could still hear the shouting and cheering from the contestants on The Crystal Maze3 — and then the TV would show this really 8-bit style webpage. Except it wasn’t a webpage. This was Teletext, also known as Ceefax in the UK, and although it was invented in the 70s, it was still being used — in my house, at least — until the early 2000s. You would navigate it using the buttons on your remote and get what ever information you needed. My mum would use it all the time to get flight arrival times or check what movies the local cinema was playing. It was the most simple, retro-looking thing you’ll ever see. Seriously, check it out. Search “teletext” for images or videos. Thank me later. 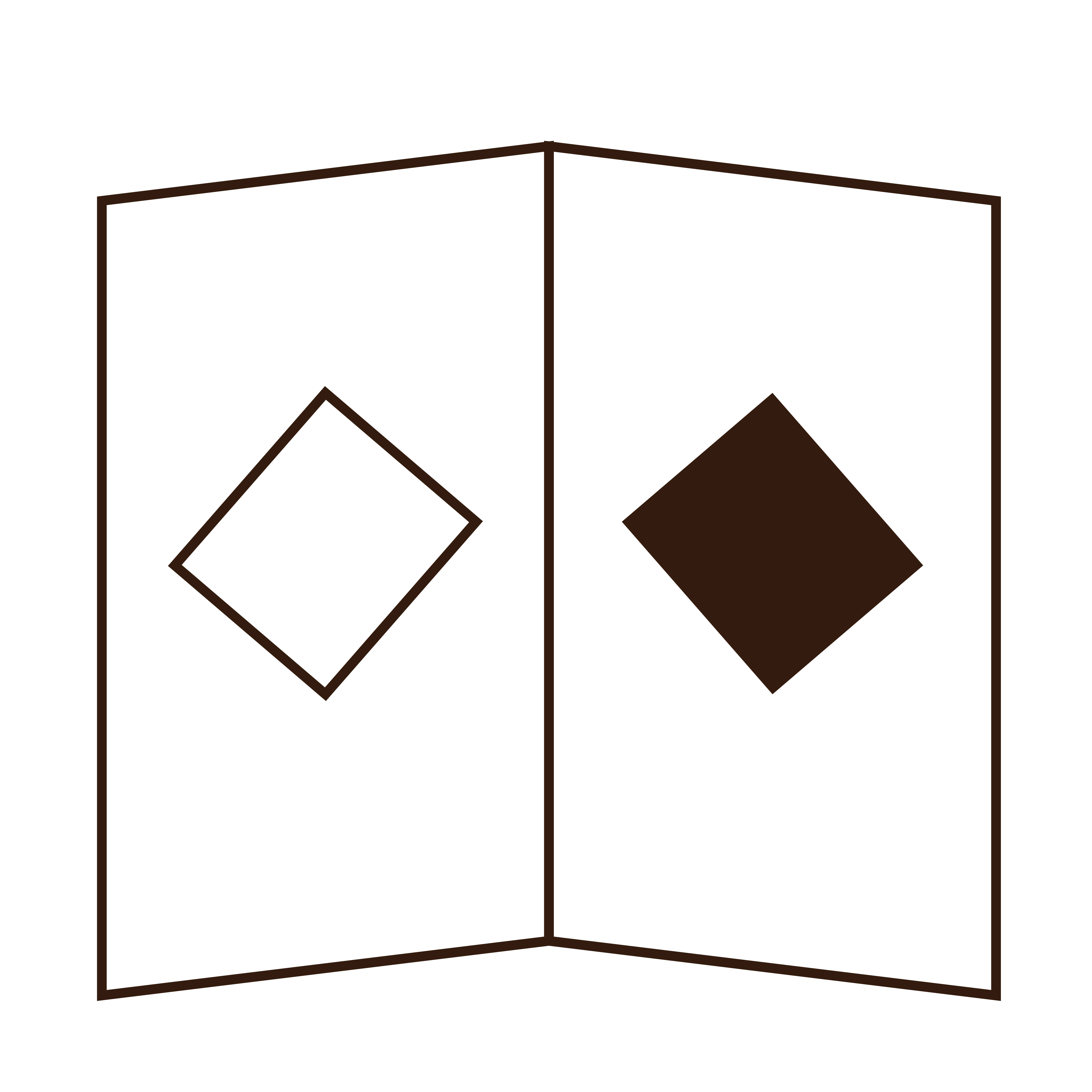 A small USB stick that plays music. Psht. What’s the point of that?

‍Next on this nostalgic trip, MP3 players. These things were amazing — just plug them straight into your computer and drag and drop all your songs. Plug it out, plug in your headphones and you’re good to go. Out of juice? All you need is another AAA battery. Need a USB to store your homework for school? The MP3 player had your back. It was just this thing that was truly portable and could function independently … as long as you had your headphones. 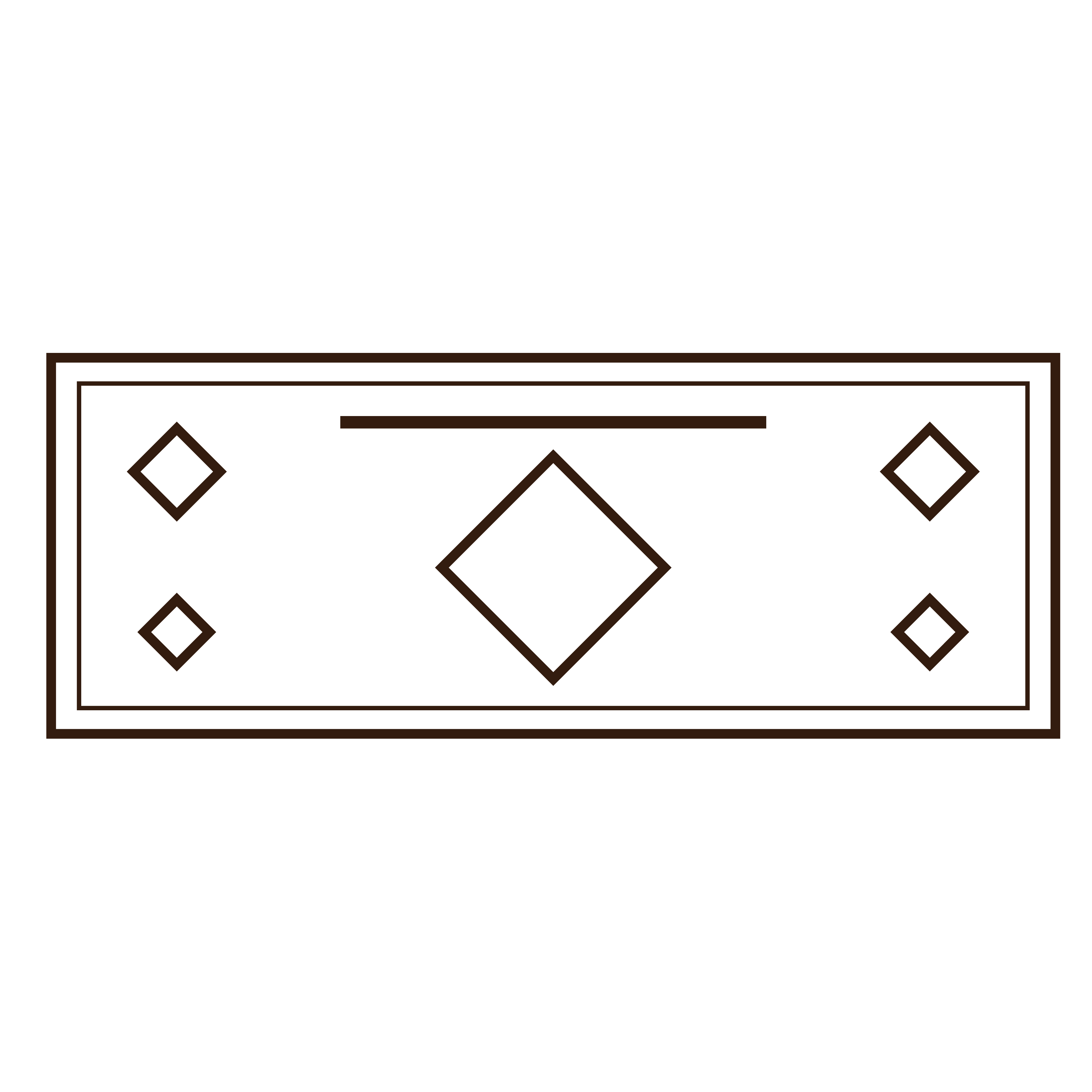 Headphones that don’t need charging? Count me in.

Speaking of which, I can’t really say why I like wired headphones better than wireless ones. I guess it’s the charging aspect. Wired headphones never needed to be charged, they were just this thing that came alive whenever you plugged it into a device. They would last forever4 without having to be turned off and have its battery charged. Wired headphones could be taken anywhere without the need for a case to put them in. And you could just plug them in anywhere you saw that 3.5mm jack — which is a rare sight to see in and of itself these days. Wait, why am I talking in the past tense? Out of all of these things, wired headphones are probably the only ones that are still widely used. So why do I feel nostalgic talking about them? I guess maybe because it feels like they’re on their way out. iPods and MP3 players don’t exist anymore, smartphones are slowly getting rid of headphone jacks and it’s just a matter of time before we won’t be seeing our wired acoustic companions any more. Gone will be the days when you could roll them up and put them into your pocket without having to arduously place them into a shiny, sleek case5. No more will there be the joyous frustration of untangling headphones previously rolled up into a front pocket. And say goodbye to the times when you were at the gym with your wired headphones and the wire kept bouncing up and down with you as you worked out. But you know what? We had a good run with old technology. It was fun while it lasted. And it’s okay to move on. If we still stuck with technology from the 90s and early 2000s, it would become annoying after a while. And we would start hating it. So I think it’s better this way; we look back, feel nostalgic and preserve all our good times.

1 When you put it in, the brown tape would run through the VCR and be read by a lens of some sorts and it would play your movie, so I guess touching it would distort what the lens can read? I don’t really know a whole lot about how that technology worked, so I’ll leave the technical details to the experts. But I do have first-hand experience of VHS tapes being ruined.

2 It seems a bit annoying to have to rewind through the entire movie as soon as you’re done watching it, but it had to be done. Especially if it was a rental tape. By the way — I don’t know if this is how all VCRs operated or if it was just our VCR… but instead of pressing “rewind” and going all the way back, if you pressed “stop” and then “rewind”, it would go a lot faster. Like the entire tape would be rewound in a matter of minutes. Anyone else remember that? No? Just me?

3 An amazing British game show from the 90s. A team of contestants take turns to complete challenges to win small crystals. The more crystals they get, the better. It was quite similar to Fort Boyard. Although The Crystal Maze did get a bit of a reboot, I don’t think it’s quite like the original.

4 As long as you went for a reputable brand and looked after them carefully.

5 I’m just kidding. Wireless headphones are amazing. I have a pair of Galaxy Buds and they are fantastic. They fit in your ear snugly, they’re amazing for the gym and the charging aspect isn’t too bad.

You don’t have to be a movie buff to take on this challenge.