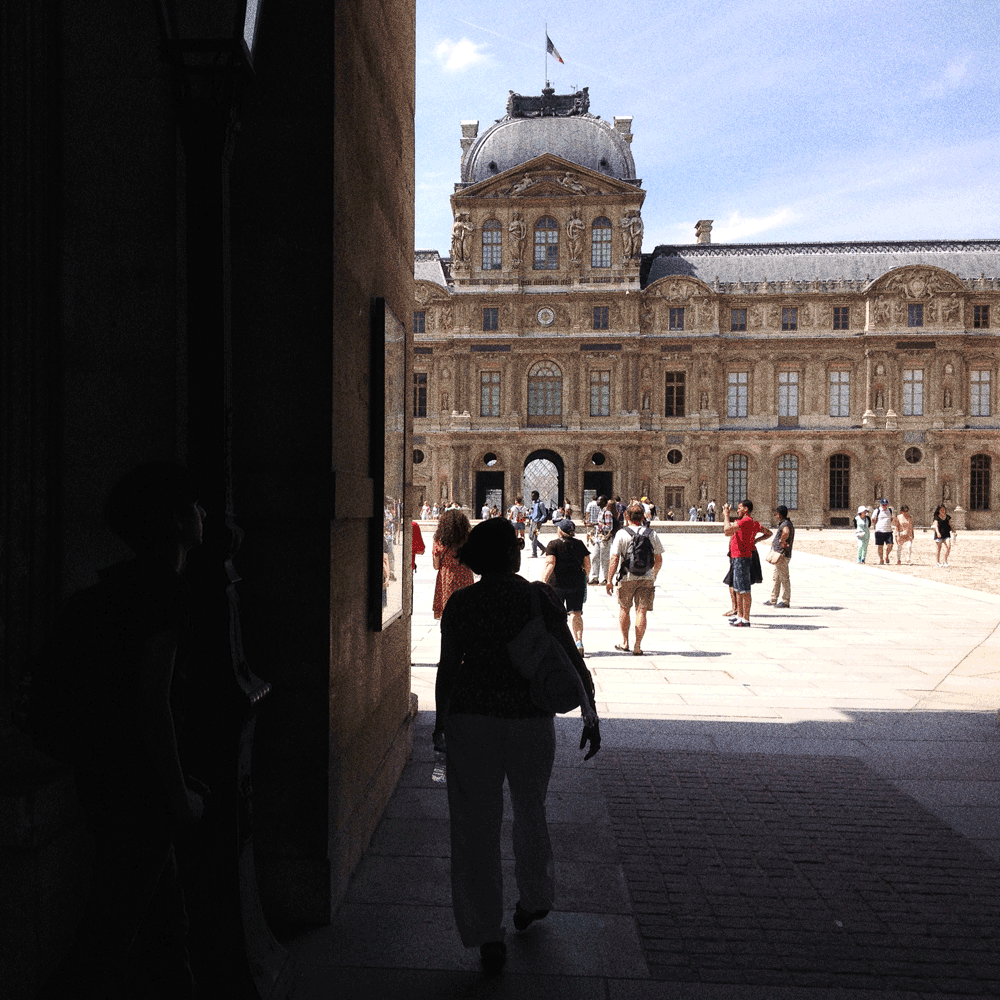 who or what is la joconde?

La Joconde is French for the Mona Lisa. Known as one of the most valuable paintings in the world and probably also the most famous painting in the world. But why exactly is that? What makes the Mona Lisa so famous? Is it really just that amazing?

Not exactly. The Mona Lisa is famous because it was stolen. Yep. Back in 1911, the world’s most famous painting, which wasn’t really that famous back then, disappeared from its place in the Louvre and didn’t reappear for two whole years. It became a huge story in the newspapers. An investigation was launched as to how a 15th century painting could have just vanished off the wall. Visitors flocked to the museum to see the place where the Mona Lisa used to be. It attracted a lot of attention. A lot of attention. So much so, in fact, that the Mona Lisa quickly rose in fame and became known worldwide. People probably just missed her smug, cool smile — a concept known in Italian as sprezzatura1.

Then one day, at long last, the painting was found. It was discovered that it had been stolen by a former Louvre employee who had simply come into the museum during regular hours, hidden inside a broom closet, waited until the museum closed, taken the painting out of its frame and then sneaked out into the night with the Mona Lisa inside his jacket. This was 1911; things were a lot more simple back then. Imagine trying to do that now. How quickly do you think you would you get caught? Very quickly.

Anyone who has been to the Louvre Museum in Paris to see the Mona Lisa will know that it is basically just an ordinary painting. It is, however, known to be quite mysterious; the strange background, the question of the meaning behind that famous smile and the seeming lack of eyebrows. Even the lady portrayed in the painting has a disputed identity; in other words, we cannot be certain who the lady in the portrait really is. The most popular theory is that she is Lisa del Giocondo, a noblewoman back in 15th century Italy and wife of wealthy silk merchant Francesco del Giocondo, who commissioned the painting. The name “Giocondo” is probably where the French La Joconde (or Italian La Gioconda) comes from. However, there are other theories that the lady featured in this famous painting is not, in fact, Italian noblewoman Lisa del Giocondo, wife of wealthy silk merchant Francesco del Giocondo, but possibly any one out of various other iconic women from European history — mainly noblewomen and duchesses.

Those have seen the Mona Lisa in the flesh will also know that it’s quite a small painting — that is, smaller than expected. Or at least smaller than I expected when I went to go see it back in 2014. The Mona Lisa measures around 770 mm x 530 mm. So a little smaller than an A1-sized poster. I’m not really sure what I expected really, but having seen and heard about this painting since childhood for some reason I expected it to be a little bigger. Another reason this painting seems smaller than it is, is probably because when you go to the Louvre to see it, you have to stay well away from it; behind the barrier and amidst all the other fans that are dying to see the world’s most famous painting. Not to mention all the security measures they have, including a thick pane of glass behind which the painting is hung.

You may already know that it was painted by someone called Leonardo da Vinci. No, not the actor from Titanic — although that Leonardo was, in fact, named after the famous painter. Though Leonardo da Vinci was more than just a legendary painter. He was what is known as a polymath: a person whose knowledge spans over a variety of various subjects. Da Vinci was an inventor, an engineer, a sculptor and a scientist, among others. He was also a vegetarian and was known to buy caged birds from markets and set them free.

But, wait. Da Vinci was Italian, right? So why’s the painting in France? Good question. And that’s exactly what the man who stole the Mona Lisa thought. His name was Vincenzo Peruggia, an Italian who believed that the Mona Lisa should be in Italy, where she was painted. After stealing the prized painting, Peruggia kept it in his apartment in Paris and then was finally caught after trying to sell the painting to a gallery in Florence, Italy.

So how is she today? The one and only Mona Lisa? Well, after getting stolen and then returning back to the Louvre, the painting has since been met with a few unfortunate incidents over the years. There was a guy in the 1950s who was apparently in love with the painting and tried to steal it. Like one incident of theft wasn’t enough. There was another man who threw a rock at the painting. Another woman tried spraying the painting with red paint in 1974. More recently, in 2009, a Russian woman threw a teacup she purchased at the Louvre gift shop at the Mona Lisa after being denied French citizenship. The painting managed to survive these incidents generally unscathed, although the rock did damage the glass case and a tiny spot of the painting. Last year, in 2019, the museum put some new rules in place where visitors have to queue up in groups before only being allowed to see the painting for thirty seconds at a time. Barely any time to throw souvenirs or plot a painting heist.

1 Sprezzatura basically means to look like you don’t care. That’s a very basic, almost careless defintion. Kind of like sprezzatura.

We all know the story of the Chinese zodiac. Yes, it’s the one with all those animals.