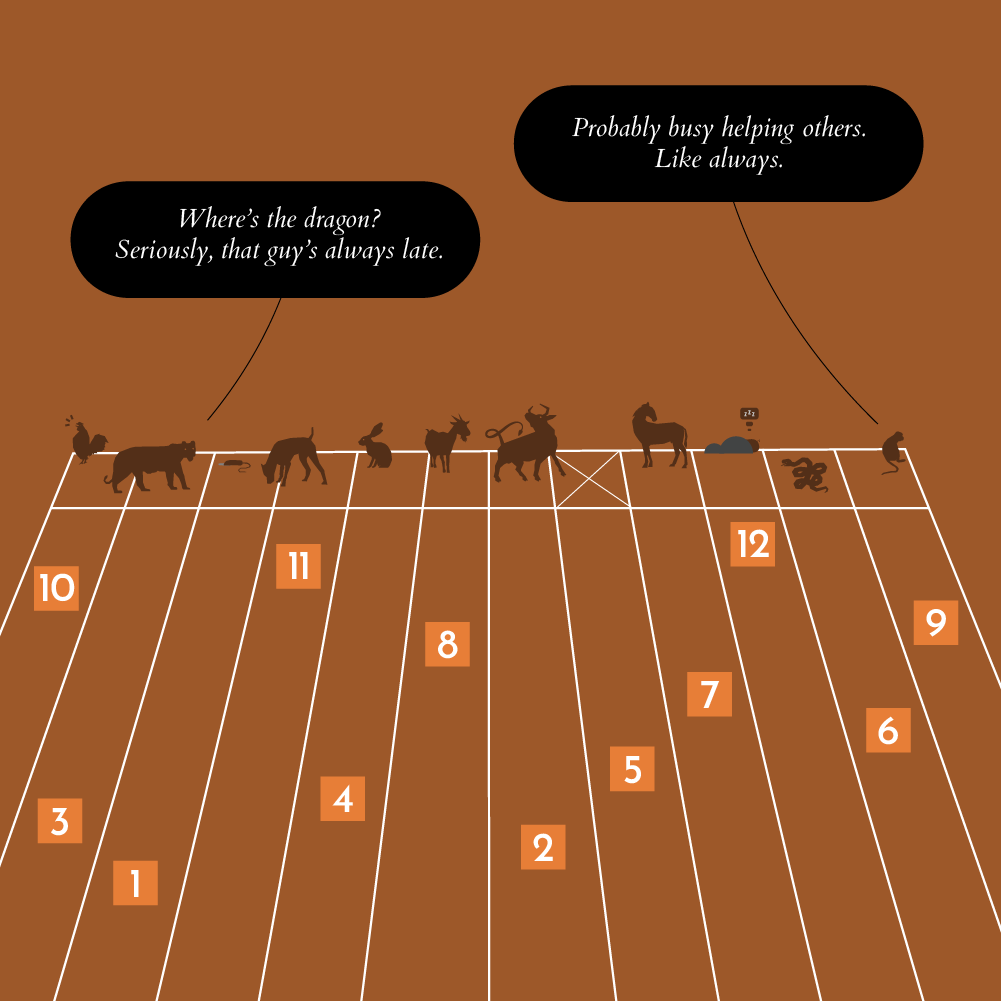 There are many calendar systems in the world. Seriously, a lot. The Gregorian calendar1, which is the “main” one that most of the world follows, and the one you may be most familiar with, is related to the Earth’s trip around the Sun. So, you could say that it’s a solar calendar.

But not everyone follows the Gregorian calendar. Although the Gregorian calendar is the most common throughout the world, some countries and cultures have their own calendar that they follow. Perhaps one of the most famous ones is the Chinese calendar. Well known for its association with animals, this calendar system is lunar-solar, because — you guessed it — it’s related to the Moon as well as the Sun. In 2020, Chinese New Year fell on January 25th, meaning that the previous year according to the Chinese calendar had been completed and the new one had begun. The new one this time being the Year of the Rat. A common, fun thing to do is to figure out which animal’s year you were born in according to the Chinese zodiac. So, for instance, if you were born in the year 2000, you were born in the Year of the Dragon2. The Chinese zodiac works in a cycle that repeats every twelve years. So when you turn 12, that year (in this case 2012) would also be the Year of the Dragon. And then again when you turn 24, and so on.

There are twelve animals in the Chinese zodiac, as per the twelve year cycle. One animal for every year. There are many theories on what the backstory of the animals is, but the most well-known story is that of the great race. The Jade Emperor, who is considered one of the first gods in Chinese mythology, called all the animals of the world for a race to get across a river. Twelve animals participated in the race, and the order in which they finished the race determines their place in the calendar. It starts off with the rat, who won the race using wit. It knew it would not be able to cross the river on its own, and so climbed onto the back of the ox, who came second. Some of the animals in the zodiac are known to have a reason for finishing the race in the position that they did. The dragon, for instance, claims that it could have won quite easily; after all, all it had to do was fly over everyone else and could have easily been there first. But it didn’t — instead, it came fifth, with its reason being that it was busy helping other creatures across the river. The dog, who came second-last, was too busy bathing in the river. So you could say that each animal’s personality affected their performance in the great race to determine the zodiac, and in turn, possibly says something about the individuals it represents.

You probably knew all this already. But, did you also know about the Ten Heavenly Stems? See, there’s more to the traditional Chinese calendar than animals rushing to come first in some race. The calendar is associated with the five earthly elements: fire, water, earth, wood and metal. And this can be further divided into yin and yang (yes, that black and white roundish emblem), meaning each year is unique in a 60-year cycle. So going back to the year 2000, it is not only the Year of the Dragon but is also assigned the element of earth, as well as the yin/yang value of yang. Therefore, the Gregorian year 2000 is, in the Chinese calendar system, Dragon Earth Yang3. Quite fascinating, right?

3 You can, of course, find out the values of your own birth year online with various websites. You can also find out other information — such as your supposed personality type, lucky numbers, which other zodiac horoscopes would make ideal friends or romantic partners, as well as which zodiac horoscopes you should be avoiding. It is, of course, very similar to the kind of things you may find in the Western horoscopes.

seriously, though. how small are we?

You’ve read about how small the Earth is. Now see it with your own eyes. No, we’re not actually taking a trip to outer space, we’re going to be doing something much more exciting: looking at some colourful diagrams. I know, I can’t handle the excitement either.