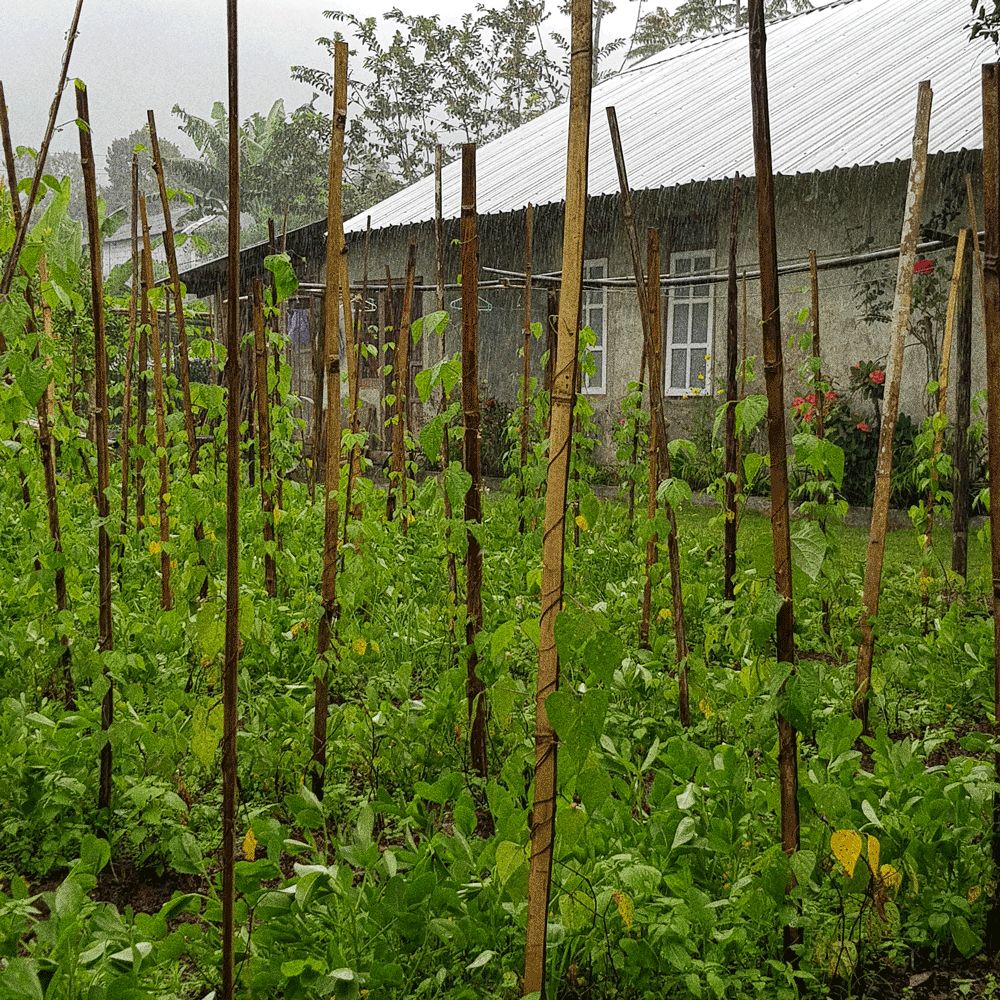 Take my umbrella. The man on tv says you’re definitely going to need it.

As I write this, I am watching the rain pour through my window in Jakarta. Those who aren’t familiar, here in Indonesia there is no summer and no winter — instead only a rainy season and a dry season1. The temperature more or less stays the same throughout the year, usually between 25 and 31 degrees Celsius. So even in the rain, the tropical climate allows for you to wear a t-shirt outside and not feel cold. Although do expect to get wet.

This is not what I’m used to. Being from London, I am used to having a year with four seasons. Although realistically speaking, the UK mainly has two seasons, which I call “cold, grey and miserable” followed by “boiling hot”. These seasons are transitioned by brief, mild periods of spring and autumn, each usually lasting around six weeks. So the idea of four seasons, each beautiful in its own way and lasting for three entire months is not entirely true for UK weather. Nevertheless, I am accustomed to the weather shifting as the year goes on.

Back to rain. So Jakarta has pretty vigorous rain when in season, although it is by no means the rainiest place in the world. Mount Wai’ale’ale2 in Hawaii has so much rain, that it is estimated (by experts, I assume) that it rains 350 days a year there. For those counting along at home, that’s only around 15 days in a year when it doesn’t rain on Mount Wai’ale’ale. It’s no wonder that they have more than 200 words for rain in Hawaiian.

But Mount Wai’ale’ale is not the rainiest place in the world. There’s Mawsynram,a village in India, as well as a few places in Colombia. It’s disputed as to which place actually has the most amount of rain. I guess we’ll be fine as long as we just bring a raincoat to all of them.

Jakarta gets pretty rainy, but the worst rain I have ever experienced was in Lahore, Pakistan. In that part of the world, they actually do have summer and winter. But then they also have another season: the monsoon season. It occurs every year at the end of summer and it is basically when it rains a lot after a long hot summer. And believe you me, summers in Pakistan get scorchingly hot — it can get to around 45 degrees Celsius during the day in the peak summer months. It’s so hot that you can’t even go outside unless in an air-conditioned car. Forget about taking a summer stroll when in Lahore, you’ll have to wait until evening when it cools down to a more reasonable temperature. Unless you enjoy walking in what feel like oven-like conditions.

So the summer can get hot, but then it shifts over to the rainy season around August-September which is when it rains so much that people’s homes often get flooded and it causes serious damage in some cases. There was one night I remember I was in my mum’s car and we were driving through a rainstorm. It felt, however, like we were driving through an ocean. Our small car pushed through as wave after wave of furious water washed over our windshield, and my mum — who was driving, I was thirteen at the time — struggled as basically nothing could be seen other than the distorted blare of headlights rushing past us. As the road we drove on began to flood a little, the wheels of our Suzuki Mehran splashed through, and there was a chaotic mess of water coming from below as well as from above.

One last rain-related anecdote. So, last year I took a trip to Solo, a small city in Indonesia situated in the middle of Java island, a ten-hour train ride away from Jakarta. While I was there, I visited a tea plantation on the foot of Mt. Lawu — about an hour outside of the city. After arriving, I began walking around the quiet village next to the plantation, and I had only been there around thirty minutes or so, when suddenly I started sensing the air getting a little... wet. Now, despite being only on the foot of the great mountain (it’s actually a volcano), this village was pretty high up in terms of altitude3 and so the moisture I was feeling was actually cloud. Because of the altitude, (or maybe because it was near a volcano in a very vegetation-rich area, I’m not sure of the reason, really. Any scientists/meteorologists feel free to correct me on this) a very low layer of misty cloud began rolling into my surroundings as I walked down the silent village street lined with huts and fields. I could barely see beyond a hundred metres. There was not a person in sight. The clouds around me got thicker and I began feeling like I should probably get out of there. It felt just like fog, but wetter — like being in some sort of cold steam room. Then, suddenly, I felt a drop of cold rain hit me on my arm. Then a few more. I felt the drops picking up the pace. I, also, picked up the pace. It began to drizzle. I power-walked down the deserted street, looking for a solution. I was in a mystery village with no one in sight. I had no umbrella. I looked into the fog and saw a mosque up ahead. I got into the mosque just as drizzle became rain. The mosque was empty. I did my prayer, then sat by the window of the mosque and watched the rain as it went on for the next hour. It was every pluviophile4’s dream. That’s where I took the photo (above) and ate the snacks I had in my bag. Yeah, that’s it. That’s the end of the story. And the end of this magazine, the first issue of Kanis Majoris.

Like in the beginning, I want to thank you, dear reader, for reading my work and for making it this far. I guess this is goodbye, but let’s not make a big thing out of it — like that scene in Fight Club where they go to a thrift store. No, this is not goodbye at all. We will continue the fun in Kanis Majoris No. 2 and it will be just as good, if not better than this one.

Alright, that’s it. Thanks for reading.

1 The rainy season in Indonesia typically runs from November until May, with the dry season being the rest of the year.

3 After consulting Google Maps, I can now see that it was around 1,000 metres above sea level. Is that considered high up, in the geography industry? I have no idea.

4 Someone who loves rain, but you probably guessed that already.

Yes, it is. But great news! A magic portal to the next issue — Kanis Majoris No. 2 — just became available. Kind of like that glorious moment when that “skip” button on the advert suddenly comes alive after you’ve been waiting five seconds. And here it is.

You have been cordially invited to:

Kanis Majoris is a magazine by Hamza Javaid (@arkadinarium).
‍
Thank you for reading the free, digital version of this issue.
Now, if you'd like to get the print version, please click here.
‍
If you would like to contact the magazine for anything, please email: kanismajorismag@gmail.com.
‍
If you prefer Instagram:
‍@kanismajorismag